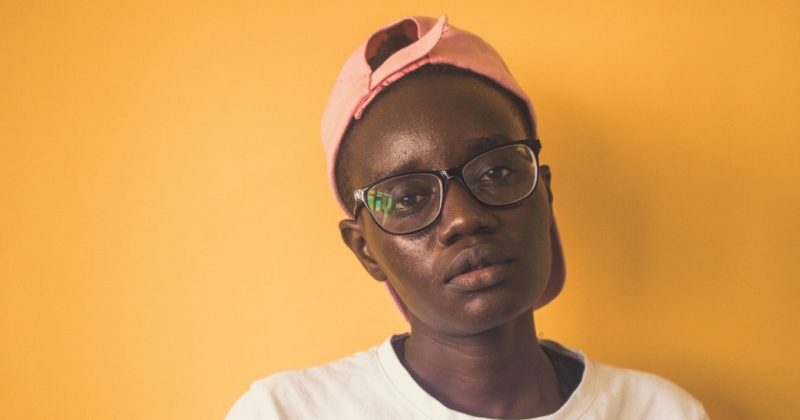 NATIVE Exclusive: Ghanaian rapper, Ms Fu is rooting for every woman in the game

“I’m championing any and every woman in the industry because we all know how it be. Yeah that may be cliché, but we can’t deny that the industry is unkind to  us girls. So I’m definitely supporting every one of us!”

For as long as we’ve known music, there have been female artists who prove time and time again that they are just as capable as their male counterparts, however, they’re not always given their fair due. Today, it would seem novel when a female artist, especially a rapper, seemingly blows up even though we’ve always had them around from Eve & Missy Elliot to Weird MC to Sasha P.

Women like Megan Thee Stallion, Tierra Whack, Shaybo and more, are currently holding it down for women in rap worldwide, showing their capability and also that there’s room for more than one at a time. For the continent, where we’re still embracing the rap scene as a whole, rappers like Ghana’s Ms Fu are extremely important to the cause.

Born Afua Asiedu, the self-taught rapper is a your typical girls girl, who is determined to champion any and every woman in the industry because “we all know how it be”. She is a firm believer that it’s fatuous to say that there isn’t a strong imbalance in the music industry when it comes to the success and visibility of female MCs, because there just clearly is.

She first gained our attention with her verse Ko-jo Cue’s 2019 track “From My Sisters” which showed her commitment to fighting for women’s place in society. Just before she spits bars which call out men for repeating toxic patterns of their predecessors, she says: ‘Because tomorrow’s for the daughters, they need better you know/I pray your little girl never meets this ugly world’.

Her verse serves as a reminder that there is still so much work to be done in society, and the fight for a greater good is bigger is than each person’s personal progress. Despite this, Ms Fu didn’t actually like her verse on the track. In fact, she reveals to me that she reached out to Ko-jo Cue and offered to re-do the verse because she kept doubting whether her message was clear enough.

“I tried to be intentional, I had to make sure that whoever is listening gets it. I feel like I am more intentional in my storytelling these days–or maybe I’m being fussy. But I like song for its message and its positioning, Ko-jo’s album was really his personal message to the guys so to have this really strong feminist message right in the middle of that is exactly what we need more of”.

We are trying to get to a point where female rappers are not boxed into certain categories based on their gender but simply referred to as plain ol’ rappers who are just as able to spit the same kind of bars as men. Women who have dared to talk their shit with the pomp and assurance men would, have been met with unfavourable reception, which makes it all the more important for women like Fu to exist today.

Last year when she tasked herself to weekly Thursday drops, she was able to experiment and develop her sound, giving listeners a taste of everything from the more heavy bass-drop on “Energy” to mellow, slow and vulnerable tracks like “Love”. She’s also dabbled at highly provocative sexually-charged bars when she linked up with Hajja Kitty (now Ria Boss) on “Make War” where they both put women on top and call out the fake bravado of masculinity.

Much like many musicians, her aim is for her music to evoke some kind of emotion in her listeners, in order for her to share the release she feels from making it. This is what drives her to be intentional about the subject matter, and perfect her skills as a rapper who is aiming to break the chain for other women.

“When I started listening to music, what stuck with me was how you could find relief in it, like you could just play a song and just relate to it so well. I don’t really have much but to share that feeling with someone else.”

This vulnerability and attention to detail is what has built her loyal fanbase, who can relate deeply with the sentiments she expresses, and this is particularly important for an African woman like herself, who didn’t have these influences growing up. The world is becoming more receptive to women who rap, thanks to the likes of Megan Thee Stallion, Cardi B, Tierra Whack, whilst over here, we would struggle to name as many women.

In this part of the world, hip-hop/rap has been known not to enjoy as much commercial success as other genres, and is still seen as a niche. Where indigenous rappers who were also considered as their own niche have broken into the mainstream successfully, female rappers are still being let into the space, and this is what we need voices like Ms Fu’s for.

Where men inspire each other with their grass to grace stories after they’ve made it out of the trenches and overcome the toil of their past lives, what women can do for each other, is to share similar experiences for a shift of consciousness. Institutions like #MeToo have changed the way society views sexual assault, and have also ensured that perpetrators don’t get away with their behaviour. Similarly, Ms Fu want to ensure that she’s creating a safe space for women like her all over Africa through her music.

She feels that international acclaim is all well and good, but only if you still have a genuine connection to your base at home. Hers is a very important part of who she is as an artist, as she feels that growing up with separated parents quickly led to her develop tough skin. She grew up with her dad, who introduced her to reggae and her uncle who introduced her to hip hop with artists like Dr Dre, Eminem, opening up a whole new world to Afua, and forming her early influences. This was how she knew she could be a lover and creator of different genres.

The 28-year old artist has had a long time to experiment with her sounds and perfect her craft but is still aiming to get to the best version of herself by continuously developing her craft. According to her, “A bitch has things to do and there’s foundations to build so she can hold herself down, you know?”

And boy do we know.

ICYMI: Ictooicy uses music to keep herself in check