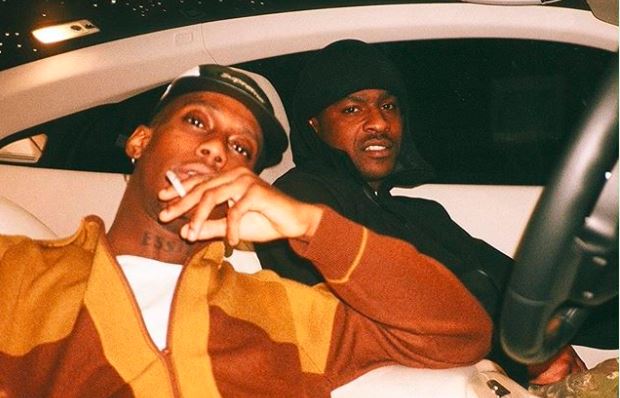 This week’s curation of the best videos across popular culture covers all the videos shaping the music scene around the world. We start from Zlatan’s attempt to reestablish his reputation for making bangers through the dance-inclined video for “Unripe Pawpaw”. Shane Eagle and Nasty C give their latest collaboration, “Paris” a befitting video, Octavian and Skepta turn up the heat for their sensual collaboration, “Papi Chulo” while Lil Yachty shows off his acting range with the comical video for “Oprah’s Bank Account”. Tobi Lou and Amaarae also have new music with videos, but as usual, we wrap things up with something didactic, with Kiki Mordi’s video, “What Happened To Tarkwa Bay” documentary.

After the success of “Bet”, Octavian & Skepta have linked up for another hard-hitting single titled “Papi Chulo”. On this track, they chronicle their escapades with women over the lush production from Grizzly, Young Kid, and BricksDaMane who set a laidback mood through the relaxing percussion, flute samples, guitar samples and 808 drums. Lyle Lindgren directed the house party themed video, featuring cameos from A$AP Ferg, A$AP Nast, Michael Phantom, a couple of beautiful women and some bottles of Havana Club liquor.

Like most good rappers, Zlatan has found the sweet spot of how to mix being introspective with commercially viable sounds fans can just dance to. On his debut album, ‘Zanku’ , he managed to articulately narrate his life story and struggles, however, his latest release, “Unripe Pawpaw”, finds him returning to the dance-inclined music that broke him into the mainstream. Featuring other less popular artists, Oberz, Papisnoop and Jamo Pyper, he’s putting the streets on, while adding more colour to the catchy and energetic produced by P Prime. Directed by Visionary Pictures, the music video for “Unripe Pawpaw” and he sticks to the song’s narrative with dancers performing different dance routines on the streets of Lagos.

Shane Eagle released ‘Dark Moon Flower’, his third studio album in 3 years last year. One of the album’s standouts, “Paris” featured fellow South African rapper,  Nasty C, which has now been updated with an energetic video to go with the boastful bars from both rappers. Imraan Christian directed a series of shots which capture the assertive performance from Shane Eagle and Nasty C. While we see both rappers performing their lyrics in a dark room, we also watch as a young boy discovers his supernatural abilities and has to battle another kid on the street with similar powers.

Afropop’s primary aim to serve dancefloors makes lightweight themes of romance a staple in the genre. Omah Lay embodies the core values of Afropop on his latest release, “You”, where he dives headfirst into his intimate feelings for a love interest to make for an emotionally charged bop, which you still want to turn up to. Singing “I Love You” repeatedly over the catchy self-produced beat, his lyrics attempt to convince his lover about his heartfelt feelings and the accompanying video shows them together as they fight and makeup thanks to Omah Lay’s compelling vocals.

Lil Yachty dropped the lead single from his upcoming album, ‘Lil Boat 3’ “Oprah’s Bank Account” , featuring guest verses from Drake and DaBaby. The surprise release came with a 9-minute long Director X video, where we see Yachty transforms Yachty into his Oprah-inspired character, Boprah. The video is centred around Boprah’s talk show, where he sits with special guests, Drake and DaBaby for a heart-to-heart interview.

Drake talks about reaching his full LSC (light-skinned capability) while DaBaby talks about making every song like an ongoing song. We’re in an internet era where nothing is off-limits for trolling and the video does a great job of trolling everything about the times.

Korede Bello continues to show off his mastery of the heartthrob act with his new “Sun Momi” single. He debuted the love song (whose title means “Come Closer” in English) in time for the Valentines Day last month,  and has now made an attempt to extend the shelf-life with a Moe Musa directed music video. The video sets him and his muse in a neon-lit studio space and though they’re both fully clothed through the 2-minute duration of the video, they exchange seductive looks that can make viewers blush.

Kiki Mordi – Trailer for “What Happened to Takwa Bay” Documentary

Award-winning journalist, Kiki Mordi is gearing up to release a new documentary with her platform, Documenting Women. She premiered the trailer for “What Happened to Takwa Bay” on her Instagram and confirmed that it’s the sequel to her 2019 “Life At The Bay” documentary which covered the harsh economic reality for women living on the popular island in Lagos. Life at the Bay has certainly changed since the forced eviction of the residents by the Navy in January. Reports confirmed that thousands were rendered homeless after the raid but no one could provide adequate information on why the evacuation occurred and what happened to the residents after. The documentary is expected to provide more information and context to the raid and how the people whose daily lives were affected have survived since.

On this day last year, #LifeAtTheBay screened for the first time. A lot has happened since then… From the #LATBXmasParty to #ForcedEvictions It’s been mentally exhausting but my team @Document_Women is fully committed to telling this story. Please watch the trailer for #WhatHappenedToTarkwaBay #WHTTB We’re piecing together the story of the island we used to know and where it all went to… Please watch & share 🙏🏾

ICYMI: Catch up on all the videos you missed from last week

0000
Previous Article For the Girls: Shaybo is the self-proclaimed ‘Queen of the South’ with hard hitting bars