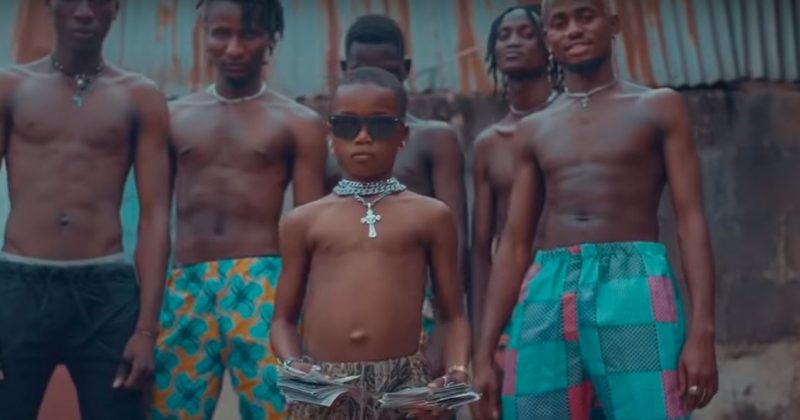 This week’s curation of the best videos across popular culture covers all the videos shaping today’s music scene. We look through Africa to explore Olamide’s impact on the Nigerian music scene while the video for “Ojumi Bloody” by Oyinbo Rebel video sheds light on the global appeal of Yoruba rap. Megan Thee Stallion’s empowering video for “B.I.T.C.H” came in handy to set the mood for yesterday’s International Women’s Day anniversary and we wrap things up with a short interview with GMK, the audio engineer, producer and artist pushing the boundaries of what we know today as the contemporary sound of Afropop.

Don’t let the mixed reaction Olamide got for sharing a rap focused album, ‘999’ fool you into thinking he’s in any danger of falling off. He has consistently dominated the mainstream with his singles and recently signed a distribution deal with EMPIRE while still expanding the Yoruba rap sound he’s played a key part in championing.

“999” is a short film directed by Olu The Wave and it references all the tracks on Olamide’s ‘999’ album while painting a vivid picture of the street lifestyle Olamide embodies in his music. Though Olamide isn’t seen in the video, the 9-minute long video focuses on how quickly life comes at you on the streets of Lagos, with quick transitions from fighting scenes to partying and celebration to really bring it home.

The 3-year wait for a new Kendrick album may finally be over. On Thursday, the TDE rapper announced his latest project, “pgLang” with a short video called “Visual mission statement” and a website that described pgLang as an “at service company” and “multilingual” collective. Kendrick also changed his Twitter and Instagram bio to read “founder @pglang an at service company” while the video featured a cast of Yara Shahidi, Baby Keem, Jorja Smith, and Kendrick.

The Dave Free-directed clip plays out as a poignant art film with deep life lessons and it also featured two new tracks including “Jump 2” by Baby Keem and Kendrick (which is yet to be released) and the end title music by Florence and the Machine. It’s still unclear if the announcement is a signal that a new album from Kendrick is on the way, but it certainly sparked more conversation about the anticipation for a new Kendrick project.

Culture is dynamic and is naturally expected to be shared, and even though we are more than happy to see African culture being appreciated and referenced by more people all over the world, it’s hard to ignore Oyinbo Rebel’s Yoruba rap song, “Ojumi Bloody” as another instance of a white person appropriating a culture that’s not theirs.

The white rapper’s mix of English and Yoruba lyrics highlights the global appeal of the Yoruba rap scene with the standout feature from indigenous rappers, Chinko Ekun and Mz Kiss who have no problems showing off their Yoruba bars. Guygosis directed the video for “Ojumi Bloody” and the clown costumes, psychiatrist ward sets and riot direction of the video creates a crazy reality that fits a song with a white rapper spitting Yoruba bars fluidly.

Mr Eazi continues to expand the range of his influence outside the continent with his latest collaboration. The “Skin Tight” singer Lagos contributed a guest verse on M.O’s “Going Out of My Way”, the romantic new song the UK girl band. The English group, consisting of Annie Ashcroft, Chanal Benjilali and Nadine Samuels sing catchy R&B bops under their Operator Records label and have started to gain some buzz with their concerts in the UK. The accompanying video for “Going Out of My Way” is at one of their shows where we see them performing backstage and on the stage before Mr Eazi also joins them.

Somadina – “but i should”

Somadina explored the different stages of grief on ‘Five Stages’, her latest project. She just released the music video for the opening track, “but i should”, and the bright outdoor set captures the lightweight ambience her songs conjure. The “lyric video” tag on the video’s description provides context for the laidback direction of the video which shows Somadina and a few friends at a picnic while her lyrics are emotive lyrics are written on the screen.

Megan Thee Stallion has always been regarded as an empowering figure for women with the confidence she inspires through her rap bars. Her confidence is even more impactful now as she filed a lawsuit against her record label, 1501 Certified Entertainment, who offered her an unfair recording deal. She just released ‘Suga’, a 9-track EP which features collaborations with Kehlani and Gunna, plus production from The Neptunes, Timbaland, Lil Ju, J-White, Helluva, and Tommy Brown. The video for the Tupac-sampled lead single, “B.I.T.C.H”, was directed by Eif Rivera and it shows her Tina Snow alter ego giving advice to her newest alter ego, Suga. Her dominatrix outfit, hot tub twerking and riding around in a drop-top Rolls-Royce capture her in her ever-confident elements.

GMK is a member of the Monster Boys collective who have been key players in the alternative music scene in Nigeria. Since they dropped “Gangsta Fear” in 2016 and captured the popular zeitgeist with their unique take on afropop, the mainstream has grown more accepting of the youth culture they’re championing.

Without waiting for mainstream Nigerian media’s validation, GMK has shaped the sound of music coming out of Nigeria with his role as an audio engineer, producer and artists at the forefront of the alte scene. He recently granted Artish a rare interview where he speaks about how he got into music production, his family’s history with the Kuti family and how his collaborative efforts with other creatives in the scene developed into the alte community we have today.

ICYMI: Check out the essentials from Olamide’s ‘999’ album