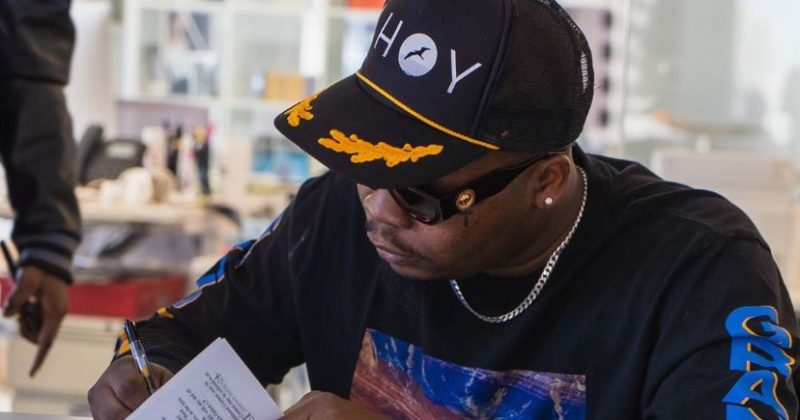 As a marker of afropop’s ongoing crossover success, several of the genre’s most popular artists have signed recording and distribution deals with international labels, from Burna Boy and Atlantic to Tiwa Savage and UMG.

Olamide, the latest addition to this list, recently announced a partnership with U.S-based record label and distribution company, EMPIRE. The veteran rapper and consistent hit-maker made the arrangement known in a tweet last night, announcing that deal is a joint venture between EMPIRE and his own recording imprint, YBNL.

Happy to announce that YBNL and Empire got a joint venture deal. Myself and Fireboy with any other act i sign next ready to shake the world. 🌎

Named after his excellent sophomore album, Olamide founded YBNL back in 2012, and he’s released all his music under the self-owned label. YBNL has also served as the launching pad for artists like Lil Kesh and Adekunle Gold in the recent past, and it’s currently home to budding superstar, Fireboy DML, the only other signee to the label. According to Olamide, the YBNL/EMPIRE deal will serve himself, Fireboy and any other new artist he signs.

Last week, Olamide dropped ‘999’, a 9-track EP mostly packed with rap cuts. Although the project was released under YBNL, it’s being distributed by EMPIRE, and this offers a look into how the arrangement will work going forward. In the last few years, EMPIRE has distributed charting albums and singles by artists like Tyga, Snoop Dogg, Anderson .Paak, Rotimi and more. Their international marketing and promotions experience will be integral to the success of the partnership.

Also, EMPIRE are no strangers to the African music terrain, having distributed projects for Patoranking (‘Wilmer’) and Wizkid (‘Soundman, Vol 1’) in the last year. The joint venture deal with Olamide’s YBNL—the first of its kind with an African artist/label—will see them promote and handle global distribution of upcoming albums by Olamide and Fireboy DML, both of which will most likely be released sometime this year.

Nigeria going global 🇳🇬🌍 Excited to continue this journey with you and the YBNL family 🙏 @olamide_YBNL #Olamide #YBNL pic.twitter.com/s8ct93Y6FL

ICYMI: OLAMIDE RETURNS TO HARDCORE RAP WITH HIS LATEST ALBUM, ‘999’

0000
Previous Article Where were you: Daniel Kaluuya and Melina Matsoukas in Nigeria for “Queen and Slim” premiere

Next Article The Shuffle: Revisiting “Mofe Mu’yan”, the song that brought Dr Victor Olaiya to a younger generation