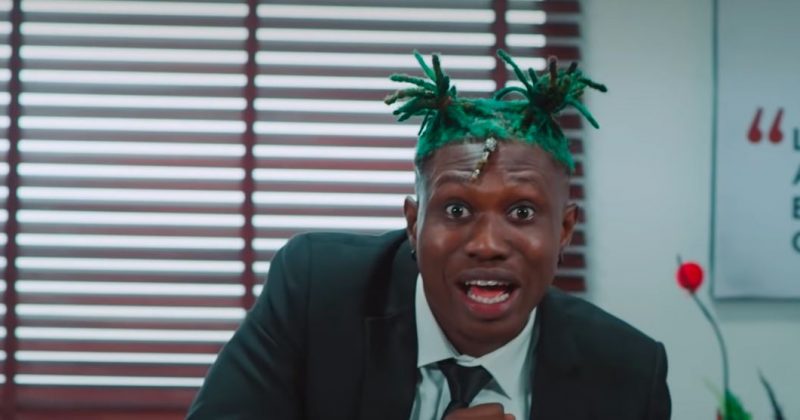 Essentials: Zlatan tells his ‘started from the bottom’ story on debut album, ‘Zanku’

Zlatan has grown into a force to be reckoned with in the Nigerian music scene since breaking into the mainstream with “Able God” and introducing the now-viral ‘Zanku’ dance. He has since remained in popular music conversation, delivering guest verses and singles to serve dancefloor audiences. While these songs showed him to be a crafty pop star with catchy and innovative Yoruba adlibs, he infused enough personality to establish him as the most entertaining street-inclined rapper. His newly released album debut, ‘Zanku’ however elevates his knack for compelling storytelling to match his pop sensibilities.

My people!!! How una dey? It is with great joy and deep gratitude to God that I present you all the track list of our soon-to-drop album titled ZANKU. My journey has been a mixture of pain, laughter, disappointments, gains, sadness, peace and more. I have had low and high moments. In all of these though, God has been faithful. Without God, there would have been no Zlatan Ibile. It is my pleasure to share my life experience with y’all through our album. ZLATANOVAZ, I can’t thank you enough for your support. No ZLATANOVAZ, no Zlatan Ibile. I put in a lot to deliver the best album but couldn’t have done it alone. A huge thanks to my record label, @alleluyahboyzent for constant support. Shout out to the producers, especially @rexxiepondabeat you go all out for me bro ! Other producers too @p.priime @miraqulous_ @speroachbeatzz @kiddominant @spellzjamin @iambeatz_ God bless you. @spyritmyx thanks for mixing and mastering the album, except track 10 @shola_ijanusi my label rep, the hard worker, you’re the best. My soldiers and brothers, @manager_jiggy, @maticbrave @biesloaded, @rahman_jago_ @poco_lee @seunpizzle_ @shigh_lofe @dir.vp & @dj4kerty, I love you all. @mister_kareem and @yfalaye thank you for going beyond your roles, working tirelessly to ensure that this album happens, even in my absence. To my industry friends I featured on some tracks, thanks for honouring me with your talents. My parents and siblings, thanks for allowing me express myself. I pray that God rewards y’all exceedingly. ZLATANOVAZ , I hope that you love every single track. Show me more love my pre-ordering our album via the link in my bio. I love you all. #ZankuTheAlbum #zttw

The bass-heavy hip-hop beat Rexxie produced for “Love and Gain” highlights Zlatan’s ability to blend his indigenous and foreign influences as he performs confident and heartfelt Yoruba rap bars over the trap beat. kThe P Prime-produced Indian music influenced instrumentals for 3rd track, “Sunita” allows Zlatan attempts at some sonic experimentation, and gives him room to show off his range.

“Ko Easy World Wide” also stands out for the mix of Spanish guitar riffs Miraqulous Beatz infuses into the beat, however, most of the tracks on the project stay within the sound of the conventional street-inclined, pop genre with production from other producers like Spells, Kiddominant, Rexxie, Iambeatz and Speroach Beatz.

The Patoranking-assisted “Distracted” is one of the more sultry cuts from ‘Zanku’ as Zlatan channels his thoughts towards a love interest for lyrics that admit his human failings; “Money got me distracted oh baby”. The deeper the album goes, the more serious the themes Zlatan explores.

The 11th track, “If You No Know”, is delivered within the festive ambience of the highlife beat produced by P Prime, but the lyrics describe the traumatic backstories that often come with successful street-pop artists like Zlatan and the featured artists, Papisnoop and Jamo Pyper.

The started from the bottom story is a reoccurring theme on ‘Zanku’ and on “Life” he details some of the hardships he experienced while back in school. With the story arch on ‘Zanku’ centred on Zlatan’s come-up, the project conveniently retains the celebratory mood of his popular songs while still offering a deep dive into the singer’s psyche. It’s not exactly didactic music, but when it comes on you’d know what to do: dance and dream.