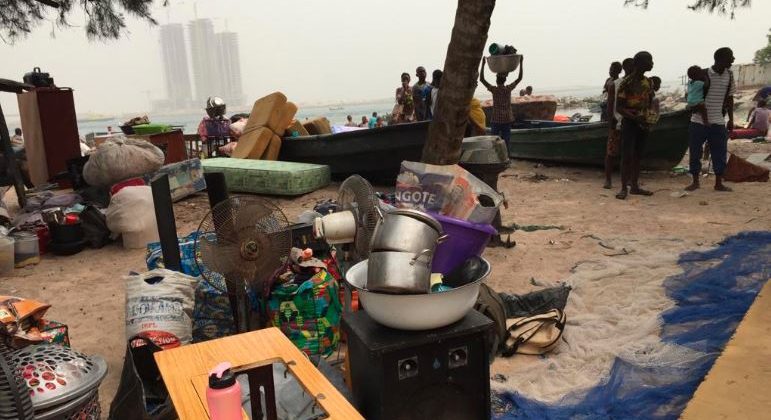 It’s common knowledge that basic human rights are abused in Nigeria on a daily basis and Lagos in all its megacity glory is no exception. Regardless, we couldn’t help our shock when news broke yesterday that Tarkwa Bay dwellers were being forcefully evicted from their homes by armed Navy officials.

The Navy invaded the semi-rural area on Lagos Island on Tuesday, the 21st of January, shooting into the air and demanding the immediate evacuation of over 10,000 residents. Without prior warning, the men, women, children and businesses had little time to prepare and were rendered homeless. The mass evacuation is reportedly the result of the military’s operation to stop lootings in nearby oil pipelines, but without any statement on the matter from the president or any of his aides, it’s tough to know for sure why the forced evacuation happened.

Other rural communities in Lagos have experienced similarly forced evacuations in the past to make space for luxury housing which is unaffordable for the majority of locals. The drive to urbanise Lagos into a metropolis seems to have caught up to Tarkwa Bay, as it remained one of the areas left largely underdeveloped while still serving as a tourist attraction. We have no doubt that the shops and houses that were bulldozed and torn down yesterday will be replaced with fancier constructions in the coming months.

ICYMI: Tekno calls out the government’s shortcomings on “Better”