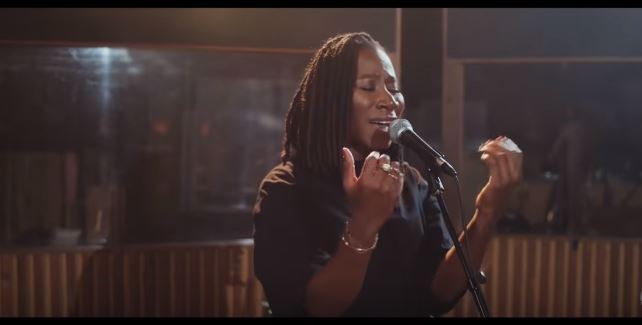 Where were you: Asa’s heart-warming performance on her IG Live

Since dropping her latest studio album, ‘Lucid’, Asa has been giving us glimpses into the more cheerful side of her person. In the last few months, the ever-elusive singer has shared jovial short videos of her dancing, sashaying around and giving random but pertinent PSAs. This level of accessibility is alien territory for an artist who’s been famous since the late ‘00s but has never been one to remain in the public eye for too long. You could sum up her modus operandi in this way: drop an album, go on a global tour that may or may not include her birth country, slip away for however long she deems until it’s time to repeat the cycle.

Whether she’s finally got the hang of the use of social media, or reflecting her calm and joyful mind set these days—something ‘Lucid’ hints at—or a combination of both, it’s clear that Asa fans are having a great time watching the acclaimed singer have fun. Last night, those same fans (myself included) had the rare opportunity of seeing Asa, in all her radiant glory, perform her music via a livestream on her Instagram page. Days before, the singer had been teasing an online performance, so when she announced that it was go-time on her Twitter, all the Asa faithful excitedly congregated at the designated space, and had their presence rewarded with an hour of acoustic bliss.

Set in her Lagos apartment, Asa was accompanied by master guitarist, Nsikak, and occasionally joined by a backup singer. Together, the trio played an intimate show that spanned across her phenomenal discography, with a set-list that comprised both evergreen songs from her older albums and her newer ones. She opened the show with her world weary classic, “Jailer”, one of the wildly popular songs off her LP that catapulted her into superstardom. From then on, she took song requests from the audience, playing a fan-curated set till the end.

The spontaneous arrangement of the performance was extra licence for Asa to flex her chops as an accomplished performer, as she took creative liberties with the songs she performed, playing around with melodies and instrumental rhythms, even adding freestyled codas to some songs. In this stripped down setting, Asa’s music retained its intimacy, with her voice and overall candour projecting an infectious and soothing warmth.

Throughout the live streamed show, admiration-filled comments constantly poured in from fans, including one from Genevieve Nnaji, three (by my count) from Adekunle Gold and a couple other celebrity entertainers. It all pointed to the adulation Asa has always enjoyed, as well as her slightly underrated—but never undervalued—influence on many of today’s alternative and pop-adjacent artists in Nigeria and Africa. In fact, the entire show was a golden moment of artist-fan interaction, where Asa was revelling in front of the camera and fans were collectively giving her flowers in real time, undeterred by location constraints.

Amidst the ongoing global chaos, you could call the show an act of escapism, but seeing a delightful performer like Asa requires no excuses. She’s promised to be back for another live streamed show this weekend, and it’s sure that the same set of fans will be back for seconds (myself included). You wouldn’t want to be asked where you were when the second show happens.

ICYMI: KALAKUTA QUEENS ARE THE UNSUNG HEROES OF AFROBEAT

Next Article For the Girls: Kenya’s Karun Mungai is forging her own impressive solo career