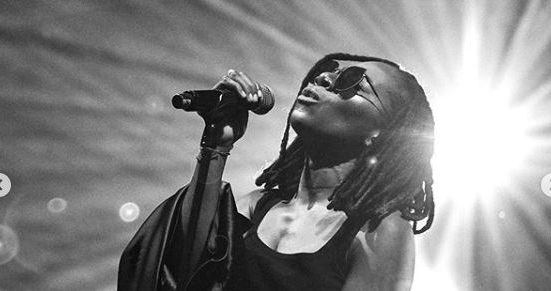 For an acclaimed artist like Asa, who has built her career off profoundly moving songs, top tier stage performances and prolonged silences, recording and releasing new music come across as a deliberate process impatient fans can’t accelerate.

Similar to its waiting period, ‘Lucid’, the singer’s newly-released album, is quite unhurried. Unlike previous albums which incorporate an element of urgency, ‘Lucid’ flows along with relative ease, featuring some of the boldest hooks and loosest songwriting of Asa’s career till date. In place of world-weary introspection and thumping hymns rebuking the devil, there’s ruminations on the dizzying highs and heart-breaking lows of romance, and a gently swinging anthem for happy people.

Set in an aftermath, pre-released singles “The Beginning”, “Good Thing” and “My Dear”, find Asa landing on different points of the spectrum—bargaining, acceptance and denial respectively—while trying to resolve a broken relationship. The connection between these songs, as well as similar minded cuts like “Femi Mo”, is the idea that it takes time for a broken heart to heal. In relation to the blue-eyed parts of the album, ‘Lucid’ displays falling in love as a worthwhile endeavour, even if it will end in tears.

“Baby you’ll never know, until we try this love”, she gingerly sings over the fast-paced drums and brassy horns of “Until We Try (This Lo’)”, urging a love interest to jump into the deep end with her. Despite her being ready and optimistic, the other party’s apprehensions highlights that it probably won’t be a cake walk, and that it takes two to make or break a relationship.

In the midst of these well-worn themes, “9 Lives” comes across as the album’s most personal moment. Alluding to the myth of cats having nine lives, Asa inserts herself into this song, loosely referencing her travails and her willingness to continually overcome. It also shows her intuitive power to turn personal into universal, bringing in connected characters like the boy on the street and the girl who refuses to be abused by him, to improve its reassuring power.

As is customary for an Asa album, ‘Lucid’ is earmarked by exquisite musicianship. The project spans multiple genres, with songs expanding into bigger and brighter compositions. “Stay Tonight” starts off tenderly before unfurling into a jittery post-dubstep bop; “Happy People” brings Owambe culture to a swaying jazz standard; while “Don’t Let Me Go” merges bluesy guitar riffs with New Orleans-style Jazz horns.

‘Lucid’ is the sound of an artist sliding into her house slippers, with few grand statements to make. For many other artists, this description would sound lazy, but in the hands of Asa, it’s feels fresh and simmers in with each new listen.