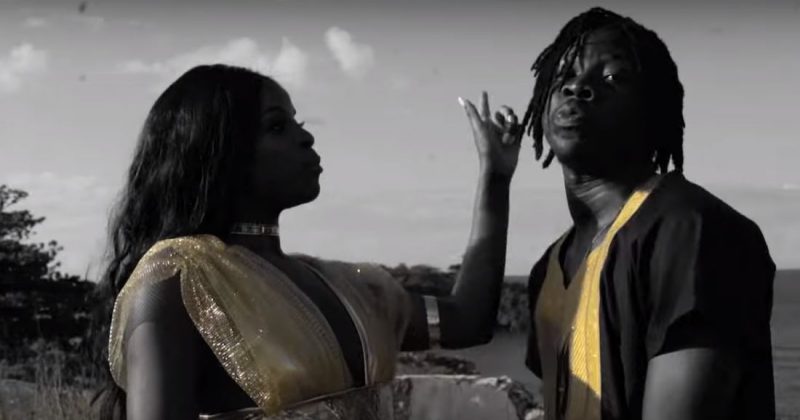 Barely days after Stonebwoy dropped his album “Epistles of Mama” he is treating fans to the visuals of “Hold on Yuh”. A track off this album.

For The Love And Support Shown Upon The Release Of #EOMalbum.. I Decided To Drop One Of The Freshest And BADDEST Videos Off The Album.. Video Shot In Portland Jamaica 🇯🇲 Dir. By @jayparpworth Song Produced By Multi Platinum,Grammy Award Winning Jamaican Producer @TonyCDKelly. Already Premiered On @bbcafrica is OUT NOW Online Via the Platforms of @redbulluk @rbstudiosldn Click On Link In Bio To Access 👆🏽 #HOLDonYOU ft @khalia100 🇬🇭 🇯🇲 #BhimConcert22DEC #BhimNation #zylofonmusic

This laid back track plays like a promise between two lovers. With Khalia confidently dishing out some of the benefits that lie in store for Stonebwoy if he submits to her, singing, “Imma make ya feel like a winner when I put a hold on you”.  Stonebwoy, for his part, cheers on his collaborator over the steady drum-led beat produced by Tony Kelly. The narrative is plain and simple. They both perform like a war has just been won and they’re the last royalties standing.

Set on a ruined temple somewhere in Jamaica and directed by Jay Parpworth, The video for “Hold On Yuh” is the perfect setting for Stonebwoy and Khalia to act like the only couple in the world. The lightning also emphasizes this motif, edited on a grey scale while the couple are adorned in soft colors.

Watch “Hold On Yuh” Below.

Listen to Paybac’s “Demons”: A Tribute to Addictions

Next Article Essentials: Juls’ ‘Ojekoo’ EP is only 5 tracks long and it’s nearly not enough