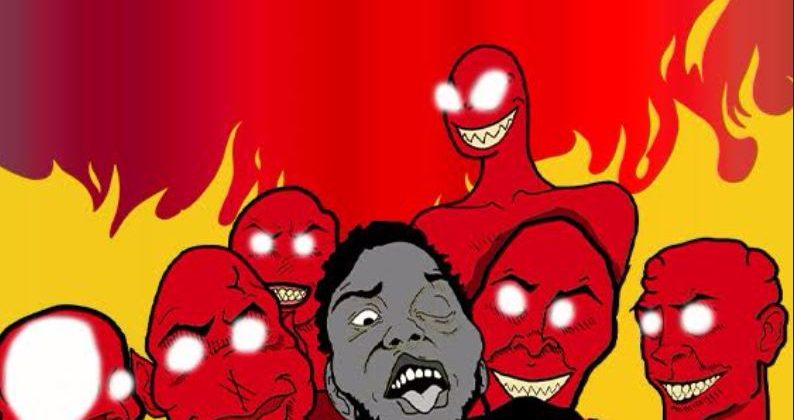 Listen to Paybac’s “Demons” : A tribute to addictions

Demons, we all have them. The addictions and insecurities we persistently try to subdue, but they always come back. Following “Mami Water” and “Lagos On My Mind”, PayBac has dropped a new track in anticipation of his debut album “The Biggest Tree”.

Imperfections, insecurities and flaws. Judging by the evidence of the third single off his album, PayBac’s life is more complicated than most. But on the song he juggles the vices just fine.  Tackling the issue of accepting and integrating your flaws into something positive, yet the song feels perky. “Me and the greed, roll the weed and puff, The gluttony eating up at my thoughts“. But PayBac isn’t joking, his demons are actually friends “Dancing with my demon, One day I’ll be Fine”.

Produced by OG, there isn’t much going on with the synths, played up by drums and guitar melodies. However, it’s the virtuosity of the  singer’s performance: his nimble melodic flow that makes this a great one from an artist, who uses truth telling as a tool on his songs.

Stream “Demons” on iTunes below

Next Article Everything you wanted to know about New Haervest’s Pop-up this weekend, all in one place.