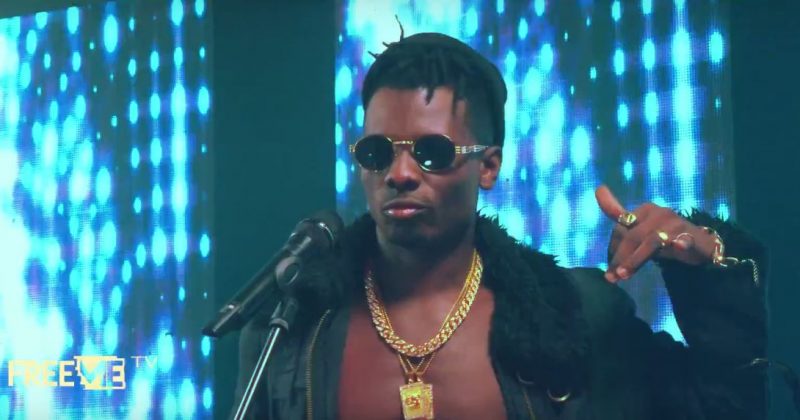 Fresh off his memorable performance on Sess Beats’ “That’s Wassup” released last week, Terry Apala is giving another satisfying effort at creating a credible discography. The Apala pop star has escaped one hit wonder-hood with his new releases enjoying airplay on radio. Despite his fringe Apala music, he has managed to remain mainstream by experimenting with several other pop genres, creating his own sound that stands out from the pool of neo-pop artists emerging in the Nigerian soundscape.

His latest single, “Feel Me” is produced by SynX who delivers a bouncy and pacey synth based beat for the hip-hop number. As is typical of Terry Apala releases, it blends the cinematic synths of Atlanta’s trap sound and the aggressive percussion of Chicago’s rap scene while also featuring Apala melodies carried by Terry Apala’s Yoruba accented vocals.

His dark sonic collage has worked for dancehall tunes and even love themes, but “Feel Me” it’s more cliche. Terry Apala goes for the sing-song rap flows asking listeners to bare with him. While a lot of the lyrics suggest that the song should be a dance number, the beat has a hip-hop arrangement that won’t do very well on Nigerian dance floors. That being said Terry Apala could be aiming for a song guaranteed to get the crowd moving at his concerts with the infectious “yeah! yeah!” chants.

Terry Apala released his video for “Feel Me” on FreeMe TV shot by Ben Aitar who follows the same concert narrative mentioned earlier. It’s set in a dance club where Terry Apala performs in front of cheering fans before chilling at pool side party.

1000
Previous Article Small Doctor: Storyteller, street ambassador and the last of his kind