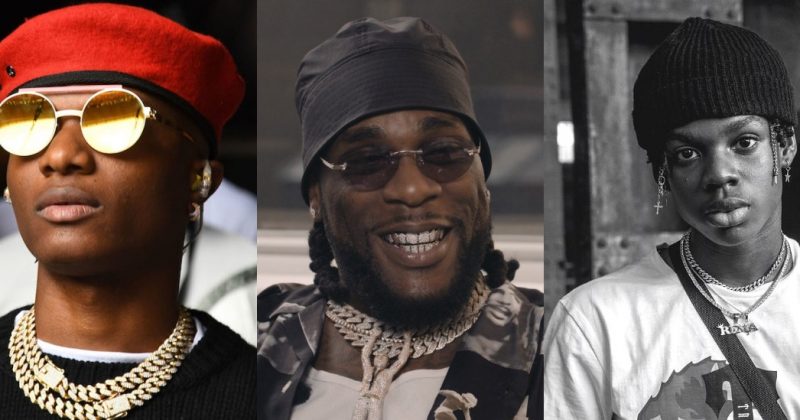 With most of the world self-isolating to flatten the covid-19 curve, music is one of the things that has served to keep up our spirits and sustain our sense of community. Artists from all around the world have continued to put out new music from quarantine and their relatable subject matters help us relive past experiences, dream of a better future, or just enjoy the present moment. Because we know the volume can be overwhelming sometimes, we’re saving you the stress of scouting by sharing our selection of latest releases that reflect the liberal and diverse state of African music today.

Earlier in the week, we got new songs from Tems, Medikal, Big Zulu, and other artists from around the continent. Today, we’re bringing you a new selection of music from Sauti Sol, Rema, Dremo and Davido, Dunnie, YMK, ABDUL, L.A.X, Simi, and Tiwa Savage, Yung L and Wizkid, Stormzy, Burna Boy, and Sho Madjozi, BergdorfBadman and Straffitti.

Rema made his Colors Studio debut 5 months ago to perform “Bad Commando”, which went on to become the title track for his latest tape. The Colors Studio have now put out a second Rema performance, this time for an unreleased song titled, “Fame”.  Just as the title suggests, “Fame” narrates Rema’s experience since he broke out into the limelight in 2019. “Since I got this fame, it’s been so hard to love again” he sings over the guitar-led instrumentals produced by Woodpecker. The song highlights one of the many allures of the Mavin star boy, as he drops his afropop melodies to embrace a more hip-hop sound.

Sauti Sol have given us the latest offering off their upcoming project, “Insecure”. The Kenyan group has mastered the art of combining their voices to make charming songs with positive messages to encourage listeners. For their new release, a lightweight mix of layered strings, drum riffs, percussion provide the background to their lyrics about finding your inner confidence.

The accompanying video shows them performing at a record store while we also follow a dance performance by a woman whose insecurities physically manifests as a demon who haunts her while they dance to the beat. Their album, ‘Midnight Train’ is expected to be released on the 5th of June, but in the meantime, we can enjoy the pre-released singles like “Brighter Days”, “Insecure” and “Suzana”.

‘Codename Vol. 2’ was released to cheers from Dremo fans as well as rap fans across the continent. The DMW rapper adds more fuel to the fanfare with the newly released video for one of the standout tracks, “Mabel” featuring Davido. Taking turns to express their romantic feelings for their lovers over the Milakeyzz-produced beat, the song already captured the pleasant feeling of being in love. Director Q translates that feeling on to our screens as he directs the video showing Dremo and Davido on romantic duty while performing their hearty lyrics to their muse.

Stormzy – “Own It (Remix)” featuring Burna Boy and Sho Madjzoi

It didn’t take long for “Own It” to trickle down to clubs DJ sets and playlists after it was released last year. Apart from showing off Stormzy’s more vulnerable side, when he took a break from heavy lyrics about the state of affairs in England, the song highlighted the UK rapper’s global pop star ambition through Burna Boy and Ed Sheeran’s feature. “Own It” now has a new remix featuring South African rapper, Sho Madjozi, and broadens the romantic perspective of the song with her rap verse infusing her indigenous dialect and ecstatic persona.

It can be a challenge to find reasons to be happy when you’re confined to one place and can’t see your friends for weeks and months. However, one half of the BlackTribe duo who’s set to make a comeback as a solo act, ABDUL just released a new single, “Be Happy” to encourage listeners to take it easy. The song promises that “Tomorrow go dey okay”, as his lyrics emphasise the common sentiment that worrying about the bad things isn’t a productive use of time. With his cheerful use of pidgin English and the catchy Afropop beat produced by Dapiano, “Be Happy” plays out like a happy pill designed to put a smile on listeners’ faces.

Yimika is a versatile and savvy creative just like his idol, Donald Glover. He’s known on social media for producing comedy skits but he has also been developing his career as a rapper with songs he promotes on SoundCloud. His latest offering, “Bubble Gum” sees him channel his sense of humour as he raps over a lo-fi beat produced by SiirBastien. His mood switches between confident and anxious, as he converses with his old self and ponders on whether to remain true to himself or pursue fame. “Bubble Gum” is YMK’s 2nd single for the year and we look forward to more.

Dunnie isn’t the first songwriter to compare the emotion of falling in love with the effect of doing drugs. However, she does it so well on her latest single, “Overdose” that the song itself becomes addictive with each listen. The self-produced song is set to a mix of upbeat Afropop harmonies that guide Dunnie‘s description of a love so perfect, she jokingly questions how good it is; “The way that you give me love. Na wa”.

The backbone of the song is the groovy beat, punctuated with all sorts of fun auxiliary sounds; chimes, clanking percussions and echoing synths. However what the song really benefits from is Dunnie’s voice, which alternates between English and Pidgin English, milking the latter to give the song its rustic feel like something recorded in a remote village.

L.A.X dropped his first single of the year, “Gobe” earlier on in the year and partnered with 2Baba to confess his unfaithfulness in his relationship. Now, he’s looking to take the narrative further, by enlisting Tiwa Savage and Simi for the song’s remix, and Both singers’ channel the angst from their past relationships with their lyrics mocking their exes for cheating on them. Tiwa’s biting lyrics, “Because of Agege Rihanna/You decide to scatter everything wey we gather”, serving as the song’s standout.

“Eve Bounce” was one of the highlights of Yung L’s tape, ‘Juice and Zion’, with the wistful synths evoking Eve’s “Let Me Blow Your Mind”. For the remix, he’s enlisted Wizkid, who delivers a similarly lustful set on his verse for the song’s remix as he sings “let the music go all night/ We go do am in the morning/ I go give you when you want it”.  It’s too bad we don’t get to experience the full effects of this banger at the club, but if you’re in quarantine with a lover, this is the song to play.

Trap music is gearing to break out of the underground music scene in Nigeria and the ThirstyWorldWide collective have built a reputation and catalogue which positions them as one of the people pushing the synth-heavy hip-hop sound forward. One of the members, BergdorfBadman just put out his debut tape, ‘084Darko’ and it’s no surprise he’s singing a cocky empowering anthem on one of the standout tracks, “4L”, produced by GCL3F.

“4L” features Jaiye and the collective’s star boy, Straffitti. The presence of the crew’s de facto leader makes the BergdorfBadman‘s griff voice even more charismatic as they all talk their shit as wealthy and tough rappers with potential mob ties.

0000
Previous Article Rap Song of the Week: It’s Davolee & Jaido P versus everybody on “G.O”

Next Article Mr Eazi debuts first single off upcoming emPawa project, “I No Go Give Up On You”