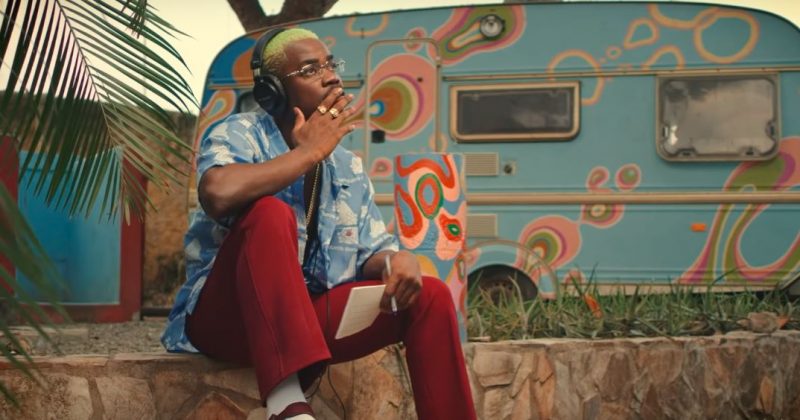 On Monday, we brought you new releases by a diverse set of African artists, including Ghana’s Nxwrth, South Africa’s DJ Maphorisa and Kabza De Smal and Nigeria’s Aussie Maze. Crayon, Terry Apala, Niniola, Veen, Txby, Darkovibes, Davido, French Montana, Angel and others make the Songs of the Day list today so be sure to update your playlists as we edge closer to the weekend.

Terry Apala and Niniola make a delightful pair on “Lock Up”, a new single we’re expecting on Terry Apala’s upcoming debut project. The catchy track sees them teaming up to challenge fraudsters who try to take advantage of them., against a groovy Zaki-Magic beat. While the song benefits greatly from Terry Apala and Niniola’s vocals, it’s their humorous lyrics—“Me and you dey for street/ Forget humility”—that will convince listeners to put the song on repeat.

Mavin’s latest recruit, Crayon continues dishing out impressive singles to soundtrack the dancefloor at parties. His latest offering, “Shima” produced by London finds Crayon singing affectionate lyrics to his lover, and making passionate promises to her; “Make I treat you nice/ I go take my time/ this your love is so divine”. “Shima” is Crayon’s 2nd single since he his debut project, ‘Cray Cray’ last year, and it’s no less than we expected from him.

Veen and Txby have teamed up for “Flex”, a steamy love song for dancefloor fascination. Produced by Veen, the catchy Afropop beat with 808 drum riffs and synth samples guide the melodic verses from him and Txby. For the romantic song, the pair serenade their lovers, expressing their deep feelings singing; “Baby I cannot lose when I’m with you (Txby)/ Anything you want, you can have my checks (Veen)”.

Angel debuted “Blessing” last year, after signing a distribution deal with RCA. The UK-based singer and producer is taking advantage of the global range of the label with his latest release, “Blessings Remix” featuring American rapper, French Montana and Nigerian pop star, Davido. He has released the accompanying video for the collaboration and the video is set at a bowling alley where they perform their verses in the company of models and dancers before they’re later seen at a party. It’s a romantic bop and we expect to hear it in the coming weeks leading up to summer 2020.

Darkovibes has released the video for “Inna Song (Gin & Lime)” in the run up to his anticipation for his ‘Kpanlogo’ album. While we wait for the project’s release in April, we can watch the Yaw Skyface-directed video for “Inna Song (Gin & Lime)” which features Darkovibes and featured artist, King Promise, performing different romantic gestures for their love interests. The song is a rousing confession of love and the video captures the romantic ambience with serene set designs from a restaurant to a garden and a pool. While Darkovibes and King Promise perform their sets, we watch them give their lovers flowers and take them on dates.

0000
Previous Article For the Girls Special: How women’s place in music has changed over the the decade