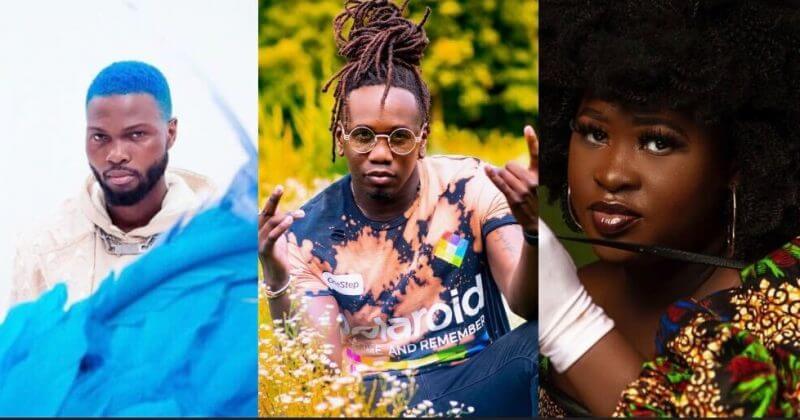 Songs of the day: New music from WurlD, Melvitto x Gabzy and ADH

Coping with the chaos of 2020 has taught us how to have a good time even when conditions are less than ideal. A huge part of that lesson has come from music, as artists continue to provide songs that build our optimism, with their resolve to keep the party going through the pandemic and increasingly traumatic news feeds. That’s why we’ve decided to highlight the best songs released from around the continent, thrice a week, in a bid to encourage that extra pep in your steps as you go through the rest of the year.

After starting the week with new releases from Darey, Davido, Crayon PrincessMami and more, we are bringing you our midweek curation with the latest songs from around the continent. We have new music from WurlD, ADH, Vector, Eugy and PyschoYP, Ghanaian singer, Sista Afia and Fameye, BOLG and Jaiye. Enjoy.

It’s clear that WurlD’s favourite emotion to channel is love. His project, ‘Love is Contagious’ and a joint project with Sarz, ‘I Love Girls with Trobul’ didn’t hide his passion for romance. Though he went for a more sound-inspired title for his latest tape, ‘Afrosoul’, he mostly stuck with the heartfelt theme. He has now put out the music video for “Story”, one of the highlights from ‘Afrosoul’ where he confesses his yearning for love and shows off his Nigerian tongue with pidgin English lyrics.

The newly released music video was directed by Baba Agba and WurlD and it captures the somber emotions of the song through the colourless set. Singing “I just dey form to dey do yanga/ I know I act like a tough guy”, “Story” narrates WurlD’s struggle after falling out of favour with a love interest. Watching him perform the melancholic lyrics—“When you no dey call I feel lonely”—in the white space captures that empty feeling after we lose something valuable. The song and video make it clear why fans and even other artists know they can always count on him to infuse emotional range into his music.

When we were still in shock at the scale of the COVID-19 pandemic, Sista Afia released a gorgeous track simply titled “Corona”. The song was written to raise awareness about the virus and it managed not to evoke the anxieties of the time while encouraging listeners to follow the preventive measures to reduce its spread. Though the threat of the virus is still as real as ever, the singer from Ghana continues to preach transcendence through music as her latest song, “Party” invites listeners to celebrate and be merry. With some of the lockdown laws getting relaxed, some people have returned to enjoying party festivities and Sista Afia shows her excitement by singing “We go party all night long”, over the retro high-life inspired beat produced by Willis Beatz. Famaye also contributes a rap verse in their local dialect and appears in the disco-party themed video directed by Rich Sheff.

After showing off the appeal of rapping over Afropop production on his 2019 hit song, “Man Dem”, ADH has returned with a newly updated remix. While the original song captured the love between him and his African community with the video shot in Senegal, the remix confirms the supportive relationship among African artists as he features other artists from Africa, Psycho YP, Eugy and Vector. On the remix, each artist takes turns delivering cocky sets over the catchy mid-tempo beat produced by JayLon. ADH’s original verse opens the song before we get the new rap verses from Vector, PsychoYP and Eugy. Though all verses were written with the intent of evoking confidence, they each deliver unique flows that fit the bouncy beat. The lyrics also show each of their individual interests as Vector makes gun threats, PsychoYP talks about getting high and Eugy brags about putting on his team, “Future State”.

“Trouble” sounds like it could be a song about the good times at the start of a romantic relationship, and Gabzy’s lyrics, “I just want to show you off/ Build you up” capture the moments when things are flush with excitement and everything seems perfect. However, the way he sings the words and the way Melvitto’s instrumentals float around like a ghost also makes it feel like the song is about a tense relationship. The line, “He did you wrong girl/ I’d never do that” highlights the cloud hanging over the relationship as it portrays how past relationship traumas can still affect new relationships.

This premise offers Gabzy a challenge which allows him to show that he can back deep sentiments with sharp and smart songwriting. He sounds convincing as he swears he’s different from his muse’s ex and promises he “Want(s) to ride for (her) till the end”. After last year’s joint tape, ‘Summer’ Melvitto and Gabzy continue to be a remarkable pair when they get together.

BOLG’s latest single, “Sempe” is just as bolshy as you would expect from a seasoned Afropop vet. The catchy track borrows words from the ‘African Giant’ lyric book, saying “You know when I pull up/ Everybody gatz to Gbese!”. Though BOLG’s melodies are also influenced by the same highlife riffs that inspire Burna Boy’s fusion sound, he offers a more convincing traditional feel thanks to his Yoruba lyrics and accent. Produced by Callie Majik, the groovy bass lines and horns are necessary for a good time on the dancefloor and BOLG’s boastful lyrics will give listeners a push to get moving.

Drill music is the latest hip-hop rave and it hasn’t taken long for African artists to catch on to the wave. IDPizzle recorded his first hit song, “Billie Jin” by fusing the genre with his indigenous sebene sound and now Nigerian rapper, Jaiye just released a new single, “Bails”, offering his own spin on the eerie bass-heavy genre. GCL3F produced the thumping beat for “Bails” while Jaiye stacks his boastful bars with several guns and drug referencing lines as he retains the gangster rap ethos of the sound. The gangster intent of the song carries on into the video which tributes his studio gang affiliation with cuts of him flanked by his group of friends. Though he’s the only one seen rapping and point his gun-shooting fingers at the camera, they all cut a mean posse with they can be seen smoke and work out while Jaiye performs the self-assured bars bragging about being the toughest rapper.

ICYMI: Catch up on all the new music released from earlier this week