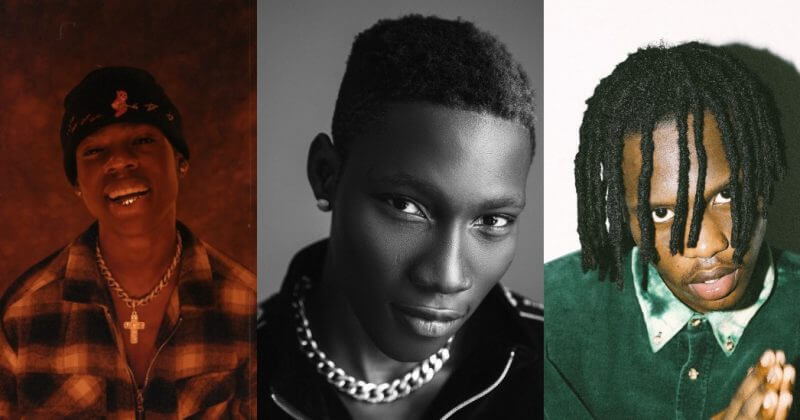 Earlier this week, we put you on to the new releases from Ycee, Tiwa Savage, AKA, Edem, Psycho YP, and more. To begin the weekend, we have another banger from Rema here, Zinoleesky’s remix of his hit single “Kilofeshe”, Bryann, Cece, Seki Supervillian, DEELA and Tblu, and more. You’re welcome. Enjoy.

Another banger! Rema does not miss and his latest single, “Bounce” is proof that his winning streak won’t be running out anytime soon. The new single is his first official release for the year and it features masterful production from Mavin Records boss Don Jazzy, the pair’s first collaboration since the rapper/singer signed to Mavin. Over the uptempo fast-paced euphoric production, Rema sings about his love for a woman’s body. “Girl, I’m in love with your booty bounce/Girl, this night we dey go like seven rounds” he sings passionately.

This won’t be the first time the singer has shown his love for women, his previous single “Woman” treaded similar lines and we love to see the consistency. Speaking about the new release, the Mavin signee shares “This record was inspired by the luscious and magnificent body of the African woman. Furthermore, I’m really excited about this tune because it’s my first single with the legendary Don Jazzy”. Sharing the release on his social media at the time of its release, the singer boasted of the beginning of a new genre, although he didn’t give a name for this new genre of music he’s created, we can’t deny that this is an electrifying record by every metric and Rema has cemented his place as his generation’s undisputed leader.

Of Lay Lay! As one of the exciting new voices from Nigeria’s street music scene, Zinoleesky sure knows how to make a record stick so much that it’s replayed for months. His 2020 banger, “Kilofeshe” just got remixed in collab with Mayorkun and Busisiwa, and we can confirm that it’s a hit. “If industry na iPhone, I’m just a charger to it/Kilo kan me pelu local money/Can’t you see the extraordinary things I’m doing,” Mayorkun sings on his verse, gleefully telling his haters that he doesn’t care if they look down on him because he’s balling–disrespectfully. Who knew all this song was missing was Mayorkun’s electrifying adlibs and Busisiwa’s alluring vocals as their contribution certainly make the remix a defining moment. However, I would really have loved to hear the song punctuated by more of Busisiwa’s catchy melodies right from the onset.

Skillz8Figure was one of the most exciting artists of the past year and we’re continuously excited for new material from the singer. In a few weeks, the singer will be releasing his debut album titled ‘After Dark’ but ahead of its release, he’s now shared a new single “Like Dat” which features Nigerian rapper Psycho YP, the follow up to pre-released single “4Life” which featured Twitch 4EVA.

Over the song’s mid-tempo production, he sings “Watch the way that we stepping now/They wanna know what I think about, more commas on commas,” effortlessly flexing on his opps with menacing bars delivered in the most soothing voice. It’s giving Brent Faiyaz and I love it. Psycho YP joins the singer on the song’s second verse, delivering his braggadocious lines with ease, a known feature of his meticulous craftsmanship. Whatever the case, the two promotional singles have certainly whet our appetites and we’re waiting with bated breath for Skillz8Figure’s debut out next month.

Ahead of the release of his sophomore album ‘TECHDRILL’, Seki Supervillian has been keeping fans entertained with a slew of singles including “Faithful” which was released earlier this month. While there’s a lot of reasons to be excited about the upcoming album, no one is more excited than the rapper himself who has just shared a 7-track surprise EP titled ‘Sometimes I Feel Like Madonna’ which was released exclusively on his Soundcloud.

Describing the new EP to eager fans as ‘Your Training Wheels Before Tech’, the 7-tracker sees the experimental rapper expanding the boundaries of his artistry and straight up just having fun over any beat he’s given. The EP’s opening single “HIGO” is an instant standout right from its opening moments which feature a snippet from friend and collaborator Cruel Santino himself alongside the most infectious adlibs you’ll ever hear. “All problems won’t make you special/Don’t make this shit about you everyone’s hurting, shits normal/Everday life,” he raps melodiously on the song, painting a picture that visualises his experiences. If “HIGO” is only a taster of what’s to come on ‘TECHDRILL’ then we might have to make the release day a national holiday.

For his debut single of the year, 22-year old singer Bryann has just released the catchy upbeat new number titled “Longe” and its infectious rhythm is exactly what you need to begin the weekend. Over the groovy production by Spaxx, the singer address his muse expressing how she truly makes him feel while showcasing his melodic abilities. Singing “Akosua body sharp/I no go fall your hand, So I want to make you dance,” Bryann shows the notion of courting through dance. Captivatingly colourful visuals directed by the Alien also accompany the new song and show scenes of the singer dancing with his love interest. “Longe” is the first offering of a slew of singles leading to his forthcoming debut EP ‘Ileké’.

Nigerian singer, Mimz has just released her first official single of the year titled “XXV” and it’s inspiringly self-assured and confident. On the new track, she sings about missing an ex-lover who had her all the way messed up, but rather than sit around and mope, she decides to make the most of her years as a 25-year old ready to hit the town with her girls and drink champagne all night. “Sip bad bitch juice, hop on a flight/This that don’t take shit boom 25” she sings confidently on the number, delivering a verse that will surely resonate with women in the mid-twenties. She also uses the song to talk about the distrust which exists between the citizens and the Nigerian government, deciding to make her own way in life rather than look up to them for any kind of change.

CeCe – “All I Need” featuring Dremo and KCamp

Nigerian-American music exec, CeCe has just released her first single of the year, “All I Need” which features KCamp and Dremo. The simmering new track is a romantic number on which both artists declare their romantic affections for a love interest. “You got all I need/Give it up to me,” Dremo sings over the song’s hook, in his attempt to convince his muse that he’s all for her and implores her to reiterate his affections. The single is perfect for a romantic winddown with your lover this weekend and “All I Need” is said to be the second single off her forthcoming album, ‘If Not Me Then Who’ released later this year.

Last year, newcomer DEELA released her debut self-titled EP, a move that was widely celebrated at the time for introducing Hip-Hop lovers to a new girl rapper with the iciest bars. For her first official single this year, she’s linked up with frequent collaborator and fellow newcomer, Tblu for a sensual new number titled “Fit” which will certainly bode well on your weekend party playlists. “A nigga who bag me will know it’s a flex/he hooked on that DEELA potion, guiding him like a devotion,” DEELA raps matter-off-factly on the song’s first verse, bragging about her abilities to keep her men hooked and her sexual prowess. Tblu joins her on the second verse, taking a more gruff sensual tone as she raps “Pretty brown skin girl you know you mad/Best pussy out here you better ask your dad,” and breathes levity into the number. Just what we need, the girls talking their shit.

Next Article 12 African figures who have influenced Black History