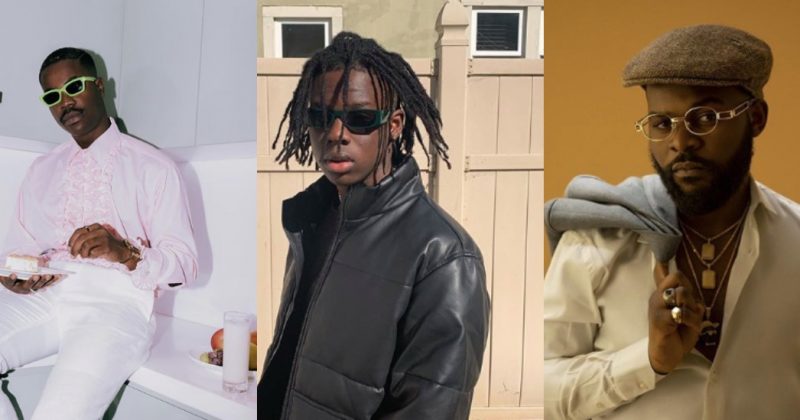 Last week, artists  Stonebwoy, Muthoni Drummer Queen, Darkoo, Kida Kudz, AYL∅ and Mojo caught our attention and made the latest additions to our playlists, and now this week, we have  have new songs for us to enjoy and update our playlists with.

Boston-based producer, Wunda B has built a reputation for himself in these parts by teaming up with independent artists and for his first single this year he’s tapping into wunderkind duo, AYLØ and Mojo for a sure sleeper hit “Claro”. Over the pitched-down teetering drum beat, AYLØ and Mojo put on a bragging show about their boss status and the joys of being high. Mojo’s raps get explicit as he talks about his prowess in bed, ‘D**k game strong have you singing off key’ he says, recounting a sexual experience with a girl he took home.

Falz is back with another catchy banger that is sure to feature on playlists and Dj sets everywhere owing to its infectious beat. He is joined by UK-based rapper, Ms Banks who definitely holds her own as she raps about calling the shots with the men in her life. Falz brags about his success, picking up yet another moniker and alter eho, by referring to himself as bop daddy who is known for getting the club banging with “big tunes”.

Last summer, after signing to RCA, UK-based singer and producer Angel released highly inspirational track “Blessings” which saw him full of gratitude for how far his come. For the remix, he’s teamed up with French Montana and Davido in an attempt to open up the song to a wider audience. Davido’s verse  first on the track, singing “I think I’ve found the right omo/I don’t want to lose your love”. Since we found out that Davido was in love, he hasn’t been ashamed to wear it on his sleeves in song.

Rema’s “Dumebi” was one of the best songs out of these parts in these past year, which has garnered over 7 million plays on Audiomack alone. The track is enjoying new visibility as Rema rolls out remixes to it, starting last month with Latin-based singer, Becky. Now, the Benin native is teaming up with Norwegian Dj and producer, Matouma for yet another “Dumebi (Remix)” which sees Matouma playing around with the track’s beat, opting for a more dance-oriented house flow which he is known for.

Ahead of his debut album which is set for release next month, Darkovibes has just shared a new single “Inna Song (Gin & Lime)” with fellow Ghanaian singer, King Promise. Over the Streetbeatz-produced beat, both artists sing about their love interests who seem to have impacted their lives, “[I put] all the good vibes you give me in a song” sings King Promise amorously over the chorus as they both try to convince their love interests of their love.