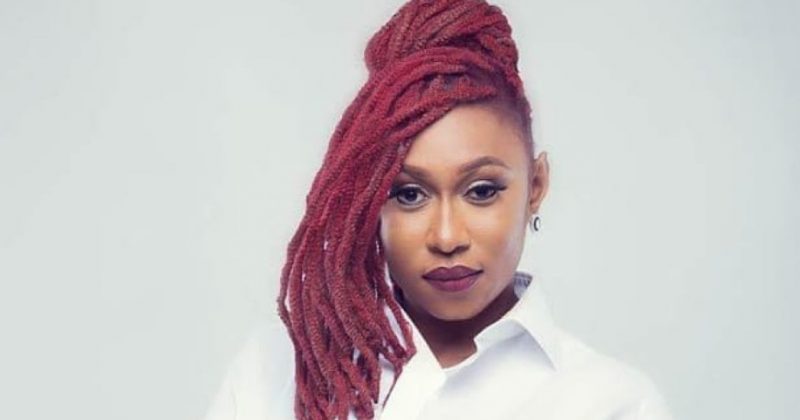 Back in early 2010s, Cynthia Morgan was the name on everyone’s lips, and following the release of her inescapable hit singles “Don’t Break My Heart” and “I’m Taken”, the talented singer was catapulted into mainstream success. In her albeit short run in the limelight, Cynthia Morgan broke the status quo in her own way, proved to be a force to reckon with and paved the way for more female artists to simply talk their shit.

It’s impossible to not remember her signature red hair, daring outfits, killer music videos and her pop-infused reggae sound. The internet has collectively wondered where she’s been since her exit from her record label back in 2017, after which we haven’t heard much from her since.

Two years after, she re-emerged and attempted a return to the scene under a new moniker, Madrina while releasing two loose singles “Billion Dollar Woman” and “Porsche Panamera” which didn’t seem to gain any momentum. Since then, we haven’t heard from the Benin-native, who was once on track to become one of the best artists in the game.

She definitely gained everyone’s attention with ‘safe’ topics for women such as her vulnerable confession on “Don’t Break My Heart” and her rejection of unwanted attention on “I’m Taken”. However, we all seem to have slept on one of her tracks, “Lead Me On”, which didn’t quite become as popular as Cynthia’s other tracks, perhaps because of how sensual it is in stark contrast to her usual sweet love songs. In today’s world where women have more audacity to break the status quo, the song would slap the same way Rihanna’s “Birthday Cake” or Megan thee Stallion’s “Big Ole Freak” did.

On “Lead Me On”, Cynthia Morgan sing-raps about a love interest who she has the irresistible hots for, and wants to engage in sexual relations with. ‘Me no care what them haffi say, Imma put you in bed’ she says on the chorus, which against a drum-led beat is the captivating highlight of the entire song.

The accompanying video sees Cynthia Morgan displaying her sensuality dancing suggestively and being amorous on a beach with her lover, with a sensual black and white filter to add to the raunchiness. With songs and videos like this, it’s clear that Cynthia Morgan was ahead of her time, and we would have loved to see her come more into herself on the scene if she didn’t take her hiatus.

We really want to see Cynthia make a comeback, but until she does, get familiar with “Lead Me On” below.

ICYMI: Asa’s “Fire on the Mountain” reflects the world we’re living in today