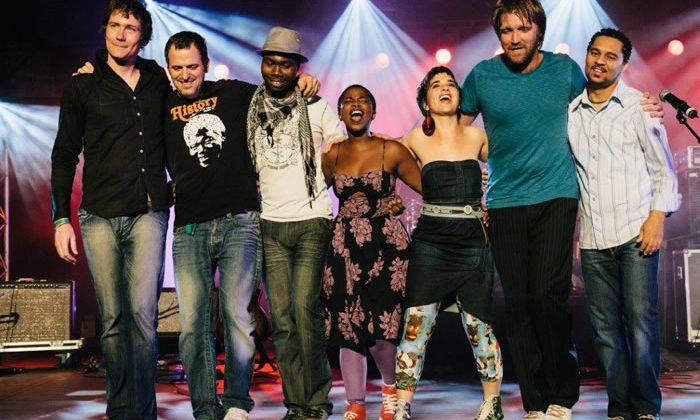 Zolani Mahola and her band, Freshlyground have been described as one of the most influential voices on the continent in the new millennium. Formed in 2003, Freshlyground released its debut album Jika Jika in the same year. However, the group didn’t become internationally renowned until the release of Nomvula, Freshlyground’s second studio album in 2004.

Perhaps due to a catchy hook, off Nomvula, “Doo Bee Doo”  has remained on air as one of the most successful tracks from the project. While “Doo Bee Doo” is framed as an alt-pop song, it’s characteristic success is social awareness. “Doo Bee Doo”  is call for an almost poetic activism to challenge what’s wrong with this present world and our individual roles in reaching a collective nirvana for all. But in spite of this profound theme, Freshlyground opts for feel good, liberating lyrics that remind us that change is everyone’s responsibility, privileged or otherwise.

The video “Doo Bee Doo”, shows the band trying to convert a particularly reclusive man who lives in an isolated area with a ‘Keep Away’ sign on his door. After hearing Zolani singing “Did you hear the news on the radio today? people have agreed to give their love away” on his TV screen, he gets agitated and flips the TV channel to avoid her. But he cannot because she soon appears at his door with her band members as if to establish that no one will be left out of the revolution,“Even enemies will come to be friends.” Given the importance of the song’s message and the subtlety it was delivered through, the Jehovah witness stint of the video is understandable and effective.

Freshlyground is expected to return with Can’t Stop, their first music release after a 5-year break. And though we can’t say for sure if their new album will be politically charged as well, they did release “BLCK GRLS” off the coming album in time for women’s month.

Next Article The Bumplist: The Kuti Brothers, Swae Lee, Odunsi The Engine and 6 more artists you need to hear this week