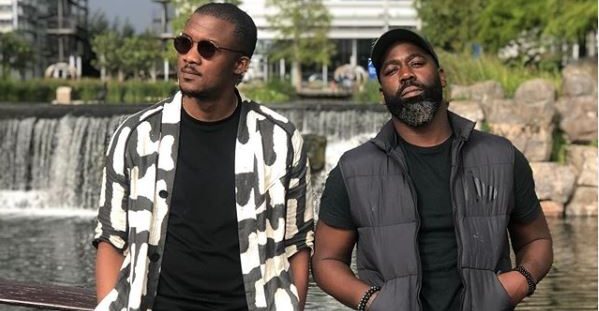 Show Dem Camp welcome us aboard the ‘Palmwine Express’

After only teasing the project for a few days, Show Dem Camp definitely built up the excitement for their latest project, ‘Palmwine Express’. Just the other day, the rap duo gave fans a taste of the upcoming project, with the release of the  Fasina-assisted “Cool Me Down” as the lead single for the project, re-establishing the summery direction that is customary to their ‘Palmwine’ series.

‘Palmwine Express’ is the follow-up to ‘Clone Wars, Vol IV: These Buhari Times’, their socially charged album from the first day of 2019, and it serves as a precursor to the third edition of the annual festival, Palmwine Fest. For ‘Palmwine Express’, Spax reprises his role as sole producer, delivering groovy instrumental arrangements, while the guest list is populated by diverse voices, including Burna Boy, Tems, Amaarae, BOJ, Buju and more.

You can stream ‘Palmwine Express’ here.