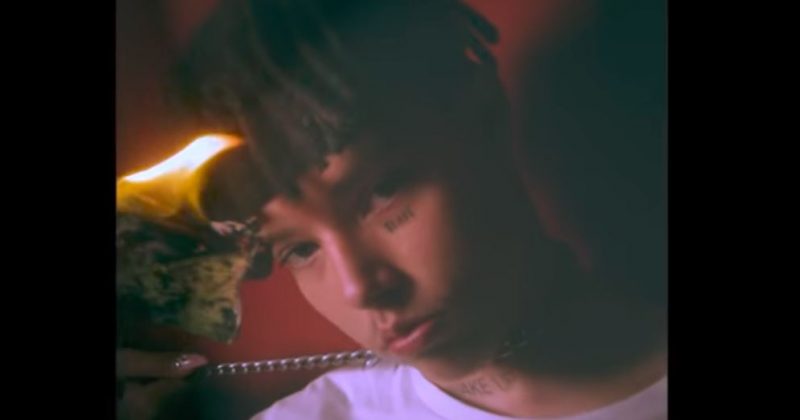 See J Molley in his music video for “Always $tressed”

Much of the same imagery seen in his previous videos for tracks from the tape are explored here —flashing lights, blurry filters, ominous crucifix— but now J Molley seems to be a member of a goth cult. The clip teeters between images suggesting comfort and those indicating danger. At first, all seems merry as we see women adorning J Molley in gold jewelry, J Molley hanging by the window of a moving car and later performing on stage, the video for “Always $tressed” ends with J Molley stabbing someone at a cult-like initiation ceremony with people knelling as though they are ready to be sacrificed. Throughout the chaos, J Molley retains his emotionless gaze like it ain’t nothing, adding a chilling context to his lyrics “Ask Me If I’m Stressed, Bitch I’m Over Stressed”.

Watch the video for “Always $tressed” below.