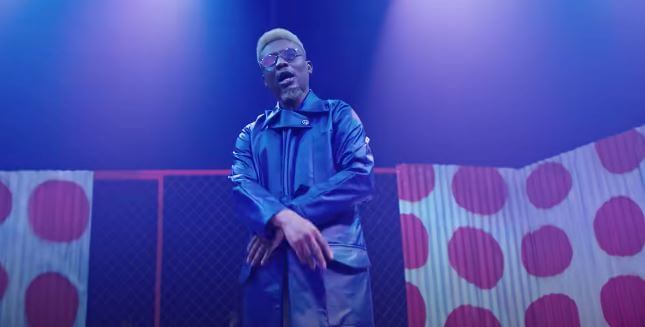 At the beginning of his new EP, ‘Vibes & Insha Allah”, Reminisce’s kids ask him why he has to record and make music. On the surface, it’s a very innocent question from children with fleeting curiosity, but if you fixate a bit longer, it’s a weighty inquisition for an artist who’s achieved so much and can pivot to other endeavours with little to no regrets.

After spending the better part of the last decade as a key figure in reiterating the creative legitimacy of non-English rap music in Nigeria, and helping to solidify street-bred music as an unimpeachable commercial force, the last few years has seen Reminisce diversify his portfolio to include an impressive debut feature on the big screen and hosting the last edition of the Headies. While he’s continued to drop music, some of them going on to become big hit songs, this period coincided with the end of a prolific four albums in five years run. On ‘Vibes & Insha Allah’, his first project in four years, Reminsice shows he still carries a burning flame for making music, curating his version of a “30+ vibes” set list.

Between JAY-Z’s now obsolete claim that “30s is the new 20s” and the hyperbolic banter on social media that pretty much equates 30s with being the new 60s, artists within that age bracket are finding ways to embrace and express what it means to be grown in what is generally deemed to be a space for young people. Although with varying approaches and levels of success, colleagues like Olamide, Show Dem Camp, M.I Abaga and Vector have settled into veteran roles, and Reminisce joins that set in a manner that’s less literal in the topical sense but more evident in its seasoned execution.

‘Vibes & Insha Allah’ is finely-tuned and aggregate a lot of Reminisce’s best strengths as a songwriter and hit-maker, resulting in an EP where he’s more or less in cruise control. Centred on reliability, the short tape largely forgoes inventiveness in favour of recognisable elements like big beats and bold hooks. On the chest-pounding lead single, “Ogaranya”, Reminisce raps over a chunky beat laid down by frequent collaborator Sarz, with his vanity bars sitting perfectly on either side of Fireboy’s snarling hook. Like most of the EP, the song doesn’t set any new precedents for Reminisce, but it’s serviceable enough to highlight the traits that have brought him longevity.

Where he does mix things up is the beat selection for ‘Vibes’, a collection that is steeped in his preference for maximalist, swinging production but with enough variation to keep things interesting. Set to a marching bassline, interlocked guitar rhythms on the Krizbeatz-produced “Gbedu” echoes Afrobeat inspirations, while Reminisce’s dismissal of rap purists on “Jogodo” is given added weight by a serpentine flute riff and rumbling 808 bass. On a rare occasion, he’s overshadowed by TMXO’s booming, dance-inducing beat on “Over 2.5”, a light-hearted but bland song where his bit about sports betting feels a bit too perfunctory. It’s not a wild misstep, but the song falls short of Reminsce’s proven ability to sound commanding, whether he’s being profound or not.

On the other TMXO-produced song, the intro cut “Vibes”, Reminisce puts in a more compelling shift, letting his narrative raps flow in loose, conversational cadence over rippling bass guitar and horn flourishes. In what is undeniably the EP’s most personal and wistful moment, he documents the balancing act of being productive and living in the house with boisterous kids, in isolated conditions no less. Although the song doesn’t dig deep into the opening question from his kids, Reminisce’s appreciative tone indicates he’s in a great place – creating stress-free, enjoyable music – as is the case on ‘Vibes & Insha Allah’ – is a product of that.

ICYMI: BOD AND REMINISCE’S “SHENK WHO SHENK YOU” EMBODIES ALL THE ALLURE OF STREET-HOP

0010
Previous Article Songs of the day: New music from Efya and Tiwa Savage, Alpha, 2Baba and Wizkid and more