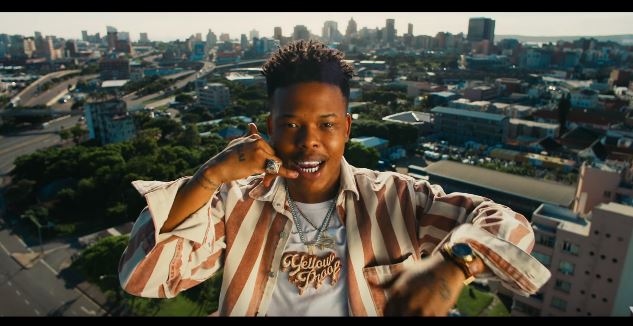 Very few rappers on the continent manage to pull off braggadocio like Nasty C does. Over the course of his career, and especially on his superb sophomore album, ‘Strings & Blings’, the South African rapper has shown that he’s capable of emotional range in his music, however, his most viscerally thrilling cuts come when he’s pounding his chest and flipping two fingers at naysayers and haters.

“There They Go”, Nasty C’s debut as a Def Jam signee and the lead single for his upcoming album, ‘Zulu Man with Some Power’, sees the rapper at his slickest and in his most imposing cadence. In this showboating bag, he usually raps in thickets of grand and berating quotables, and his new single is no different. “I was right, every night I was spittin’ sixteens by the light/you was praying for a job, I was praying for the mob”, he animatedly quips, casually decimating Cxdy’s glockenspiel riffs and thumping 808 bass.

Watch the video for Nasty C’s “There They Go” here.

ICYMI: NASTY C IS AS COCKY AS EVER ON NEW SINGLE, “GOD FLOW”,

0000
Previous Article Odunsi teams up with Tems for first single of the year, “Decide”