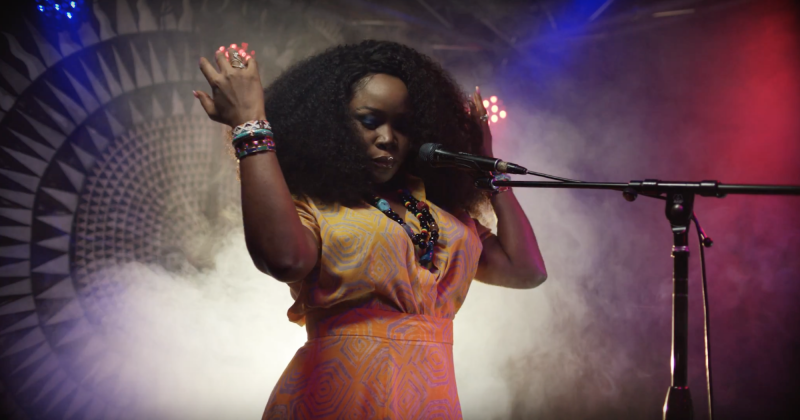 Watch Omawumi’s “I No Sure” off her new album, Timeless

The visuals to “I No sure” comes after Omawumi released her third studio album, Timeless on Friday. Saxophone, Piano and Drums begin the track and soon after it starts playing, you get the tinge that it’s a prelude to an american romantic drama movie produced in the 90s. The ambience set by the tone of Omawumi’s voice, layered over the instruments will remind you of the 1960s; when the earthy, bluesy melodic concept of Jazz music continued to gain more popularity. Indeed, just after she’s left the instrumentals to settle enough, the video produced by Bobby Boulder films, plays out like a love movie as Omawumi softly sings, “I no sure say I go miss you, I no sure say I go care”.

@Regrann from @obvioustrends – Experience the wonder of Omawumi's #TimelessAlbum, Enjoy and infect someone with real music by passing this on to them! You can stream it here>> http://apple.co/2t1NQMY or here >> http://bit.ly/2tADK6Y Watch the crispy fresh video for "I no Sure" here >>https://www.youtube.com/watch?v=pFepCMMCk_s brought to you by Cabal Entertainment/Rocnation Thanks for spreading and supporting Timeless Music. @Rocnation @tidal @omawonder @cabaltins #Obviousmedia #Obvioustrends – #regrann

Omawumi’s brand hasn’t really changed since she started out in 2008, it’s only developed more over time. There are few, if any other Nigerian artists who will give you the Jazzy-Omawumi kind of vibe. But to talk of Omawumi like she sings just one genre of music, would be under representing who she is and what to expect of her new album, Timeless. On Timeless, Omawumi stays true to her soulful Jazz origins, fusing traditional African music with slight tints of what has become the contemporary African sound. So, expect a little of afro-pop, soul, R&B, Kwaito, Hausa Kalangu guitar chords and of course, more Jazz.

Timeless is the first album to be released off her deal with Cabal Entertainment under exclusive license to Jay z’s Roc Nation. And “I No sure” is the third on the 11-track album.

Take a look at the video to “I No Sure” below.

ICYMI: Yemi Alade Continues to Expand the reach of her continental rule