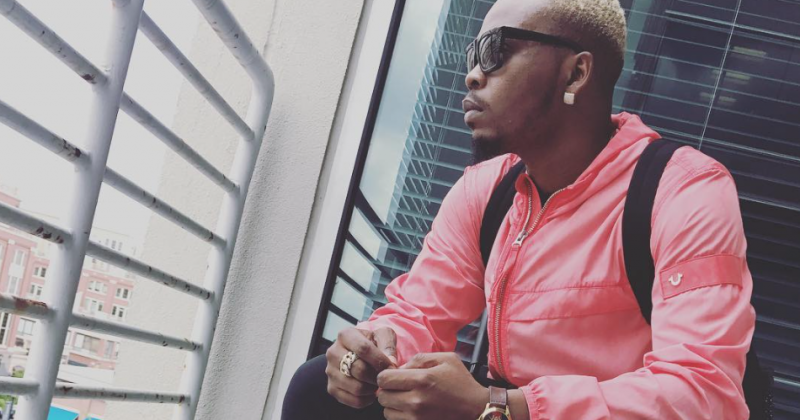 Olamide’s “Science Student” is not the problem

Healthy socio-political discourse in Nigeria is often skewered by how we choose complete denial instead of rooting for cause when issues arise. We panic when the image of our morally perfect community is threatened, and blame the most conveniently unsociable target.

Drug abuse is a reality around the world. But while more developed societies are constantly developing measures to educate young people against drug abuse while also helping to rehabilitate addicts, in Nigeria, users are instantly condemned—expelled from schools, cast away by families and abandoned by society—with such disdain that the necessary treatment to help get their life back on track seems like an afterthought. Ignoring the problem and alienating the people most affected is much easier than solving the root causes. In recent times, Olamide’s latest hit single, “Science Student” has made that a glaring characteristic of our ‘modern’ society.

Last week, a rant video posted by Don Pedro Obaseki surfaced on the Internet. In this video, he appealed to the public to demand a ban on Olamide’s “Science Student” by the National Broadcasting Commission,  because, in his opinion, the song teaches children to do drugs and “mix harmful chemicals”.

Hip-hop all over the world has always explored such themes, so it’s not unlikely to see reason in Don Obaseki’s ban campaign, after all, this is Nigeria, we’re ‘decent’ people, and all other related fake news. However, while hip-hop also initially carried the stereotype for peddling illicit behaviour, sociological findings have also revealed that more often than not, rappers only talk about realities they have experienced. The problem with Don Obaseki’s video is not condemning drug use or drug culture, it is that he is asking that the nationwide drug problem Olamide highlighted with “Science Student”, be removed from public consciousness, instead of using it as a touchstone for the beginning of a discussion for a social change.

His misstep looks even more flagrant when Olamide released a statement to recall some of the initial narrative in the press, saying “Science Student” is an anti-drug abuse song. This basically means Don Obaseki’s anti-drug abuse campaign is to ban an anti-drug abuse song. Don Obaseki’s inability to look beyond his disdain for Olamide’s comical spin on the matter, shows how elitist the moralised perception of the average Nigerian is. Perhaps if Don Obaseki had bothered to listen to Olamide with a more rounded worldview his video would have held some significant messages to help perhaps encourage the government to take drug abuse more seriously. Or at least get young people off the streets where they could be exposed to such realities because these things are happening, whether we want to admit it or not.

The subliminal message and reaction to Olamide’s “Science Student” can be akin to Vince Staple’s “Norf Norf”. In a similarly Obaseki-esque reaction, a Christian mum cried hot white tears on camera while calling for Staple’s “Norf Norf” to be pulled from the radio because she feared the consequences of her children listening to the song on the radio. In a statement released in response, Vince said he was speaking on his experiences to invoke the opposite form of outrage (on the neglect of a demographic in America), a sharp contrast to the fear of people like the white mother whose major concern is popping the idealistic moral bubble their children are enclosed within.

People around the world have always used art, especially comedy as a way to deal with socio-political injustice. Comedians and satirists have made jokes about social issues, and these jokes have sometimes been the beginning of social discussions. Olamide’s chosen gimmick is poking fun at things to raise awareness. And lets face it, if Olamide had taken a ‘conscious rap’ route, like say, dropping some Kendrick Lamar-type, “Art of Peer Pressure” type single on drug use, it most likely won’t have received as much notice as a dance inclined single like “Science Student”.

At its worst, Olamide’s song is merely mirroring his reality in the worst way possible: He has relied on gimmicks for so long that when he discusses a serious problem, he fails to make enough emphasis on the real-life threat that inspired the song. However, this is no premise to ban the song that has now started conversations about what’s happening in our nation. The question should not be why did Olamide make a song about mixing drugs for the radio, we should be asking what experiences, or whose experiences inspired the song.

Because people like Don Obaseki would rather make moralised arguments posing decency as some sort of social currency to exchange for general acceptance, the actual issues are ignored. The ‘ban’ position Obaseki takes is the type of elitist mindset that offers obliviousness by removing certain topics—like poverty, unemployment and economic inequality—from general conversations on drug abuse, under the pretext that it solves the real-life threats like overdosing and addictions caused by an actively on-going social ill.

Our blame culture protects our morally high notions of society even when the vulgar faults are glaring; you see this in how society chalk up police brutality and sexual assaults to bad appearance instead of simply addressing the humanitarian injustice. Olamide’s Science student is not the problem. In fact, It brings our awareness to how the lack of choice due to the government’s negligence has forced people to sell drugs and concoctions on street corners. If anything, Obaseki’s video depicts how those of us who supposedly know better would rather cast away the actual victims for orchestrating their own circumstance instead of holding those responsible for not doing enough for them accountable.