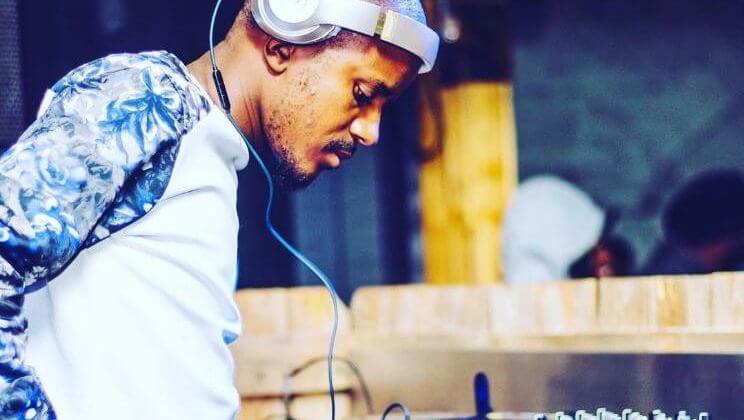 Why Nigeria can’t & shouldn’t be aiming to ‘own’ Amapiano

Mayorkun. Rema. Niniola. These are three notable Nigerian artists who have, in recent times, released songs heavily indebted to Amapiano, the South African House subgenre which rose to unquestionable dominance in the South African music mainstream last year. The adoption of this sound by these three mainstream artists is an indicator that more Nigerian artists will take to Amapiano in the near future. While this is positive validation for the creative quality of Amapiano, and will undoubtedly further the subgenre’s popularity, Nigeria has a tendency of taking on music from across African borders without giving due respect to its originators.

Back in July, Rema put out the phenomenal “Woman”, the final drop of an impressive 3-single run, a song which could easily been touted as the biggest songs this year. Upon release, there was an outpour of praise for Rema’s undeniable ability as a hit-maker, but that soon gave way to conversations about the sound he adopted, and its readiness for mainstream success in Nigeria. At their best, there were takes on the myriad of ways we can incorporate Amapiano elements into the distinct quirks of Nigerian pop; at their worst, it was insinuated that more artists adopting the SA House subgenre could lead to the point where we can claim absolute ownership.

In as much as these were takes given in the spur of the moment and can even be defended as harmless banter, there was a sinister sense of entitlement, especially with the latter set of opinions. It’s normal practice in pop music for artists and producers to take elements from existing music styles and refine them for a previously oblivious audience, however, when adopters start parading themselves as originators and outright owners – e.g. white people and Rock music – this is the point at which duplicitous appropriation rears it’s head.

While it has always been a fixture, the pace of cultural and creative exchanges between African countries has been enhanced by the ever-evolving internet, meaning that we get to see interesting trends across the continent almost in real time, and interested parties can quickly begin to figure out how to use these newly discovered fads to spur their creativity. It used to take some time, pre-internet. For example. the Makossa craze that overtook Nigeria in the early ‘00s, which had been the mainstream sound in Cameroon for decades prior, gained popularity in the Congo from the mid ‘90s and eventually led to the viral presence of Congolese singer Awilo Longomba within the country’s shores.

With the continued rise of on-demand music streaming, the ability to peek into whatever’s happening several thousand miles away thanks to the internet and social media, and constant pan-African collaborations between artists from different countries, sounds from several sides of the continent don’t have to take the scenic route to popularity away from its point of origin. In the case of Amapiano, it was a matter of how soon – not if at all – the addictive sound would begin to impact the Nigerian pop music scene.

A week before Rema’s “Woman”, ‘I Am the King of Amapiano: Sweet & Dust’, the blockbuster solo debut LP by South African DJ and Amapiano savant, Kabza De Small was released, and it notably contained “Sponono”, a frontrunner for record of the year, featuring vocal appearances by Wizkid, Burna Boy, Cassper Nyovest and Madumane – the former three being amongst the very biggest artists on the continent. On cue, the song quickly became, and has remained, a fan favourite in the Southern parts of Africa, while also garnering a sizeable buzz in Nigeria. “Sponono” is extra proof that these sort of star-studded collaborations can yield creative magic, diverse acclaim and general influence. Evidence of the latter point comes with the inference that “Woman” was recorded three days after “Sponono” came out (I’m not really insinuating direct influence, just pointing out an interesting detail).

Beyond inferences, the creative bridge between Nigeria and South Africa goes back several decades, from Hugh Masekela and Fela Kuti in the 1970s to Burna Boy and AKA in the last decade. The exchange of inspiration between SA and Naija is a two way street, Amapiano is just the latest import traded to us by our southern partners. It isn’t anything less than expected that Amapiano would begin to make its mark in Nigeria, however, as with whatever becomes the toast of the mainstream, the problem lies in our general (mis)treatment of relatively new sounds as something to claim ownership of, or disrespectfully strip for parts.

Thanks South Africa for creating Amapiano. But it's a Nigerian genre now. Go and create another one.

Following his ascension to widespread popularity on the back of his patented Banku sound – which is heavily indebted to neo-highlife – Mr Eazi played a significant role in adjusting the standard pace of Nigerian pop songs. Although there were strong precursors like Burna Boy’s “Like to Party” and Wizkid’s “Ojuelegba”, Mr Eazi’s distinct style, along with hit songs like Tekno’s “Pana”, helped normalise the flamboyant cool that’s become a signifier of Nigerian pop music.

Considering the roots of his sound and his part in this musical shift, it was a bit shocking to see the singer come under fire from Nigerians for his early 2017 comments about the influence of Ghanaian music on Nigerian music, even though it’s a well-established fact that goes back all the way to Highlife in the 1950s. Rather than take it as a moment of giving credit where it is due, it many Nigerians saw it as an opportunity to assert supremacy.

Due to our sheer influence in determining what’s hot in Afropop, Nigerians often think every musical style that makes its way to popularity over here should solely revolve around us, an arrogance that makes us willing to place our narratives over the actual origins of the sound. In doing this, we come across as bullies who no longer have anything innovative to contribute to the African music canon, and are only on the prowl for influences to take from (sounds palely familiar). Amidst conversations about the global appropriation of Afropop, we should consider it pretty damning that appropriating with reckless abandon is a dominant part of Nigerian music, when all that is required is for us to simply not pass ourselves off as ‘owners’ of a sound we didn’t create.

Following the meteoric rise of “Legbegbe”, Mr Real made it a point to reiterate Gqom – the House variant that combines SA folk with bombastic, Techno-indented bassline – as the sound behind his game-changing smash hit. “I looped the beat and added some other sounds. It’s from an Uhuru song that I don’t even remember anymore”, he admitted to the NATIVE in a 2018 interview, name-checking the prolific South African producer Uhuru and giving direct props to the direct sonic inspiration. “Legbegbe”, alongside other similarly styled bangers like “Oshozondi” and “Shepeteri”, led the Shaku Shaku wave that has now become foundational to Nigerian street-hop music today. Through constant innovation, the sound has mutated and evolved into several dimensions that’s traceable down to Rexxie’s ‘Afro Streets’ as well as Jaido P and Olamide’s recent street banger, “Tesina Pot”.

One could argue that, the adaptation and retooling of Gqom into a sound that’s now inherently Nigerian has to do with its Techno elements, a style of dance music with a proven universality. Pulling off the same process with Amapiano, however, will be a lot more complex due to its musical specificity. Born from a combination of Kwaito, deep house, Jazz and the folk drums of diBacardi, Amapiano is an offspring of sounds deeply embedded in the DNA of South African music. With this sonic make-up, the subgenre is so vividly singular that it’s instantly clear when it’s been adopted, and retooling effects drastic changes such that it can no longer be deemed as Amapiano. It doesn’t mean the sound is limited, it just goes to show how unique it is.

None of this implies Nigerian artists and audiences can’t co-opt and enjoy the warm, strident grooves of Amapiano; what is does mean is that there has to be respect in approaching the sound and purging the idea of ownership. In May, British-Ghanaian DJ/producer Juls put out ‘Happy Place’, a short EP with its fair share of Amapiano-indented songs. “Soweto Blues” and “Tembisa”, the songs with clear influences from Amapiano, are stunning attempts at fusing the sound with his established identity as a purveyor of colourful neo-highlife grooves. Built off his trip to South Africa early in the year and created in tandem with local artists Busiswa and Aymos, Juls foray into Amapiano was clearly built on pure admiration rather than appropriation.

On September 22nd, Spotify brought together several key players for “Amapiano Keys”, a virtual panel event that dug into the rise of the subgenre, its local impact, as well as its growing appeal on continental and global scales. Juls featured in the third section of the event, alongside Spotify exec Phiona Okumu and South Africa-based Zimbabwean singer Sha Sha (aka the Queen of Amapiano) – the trio, despite their varying level of involvements in the Mzansi-originated sound, made it their duty to constantly reference it as such.

Before them, journalist/photographer Setumo-Thebe Mohlimo and several Amapiano artists including MFR Souls, Njelic, Semi Tee and Focalistic featured in the preceding sections, and what struck me the most was the fact none of them referred to Amapiano as a sound, rather they invariably described it as a movement, a culture and a lifestyle. In different words, they described Amapiano as a reflection of the day-to-day life of many South Africans, especially that of the youths who form the bulk of the country’s populations.

Considering this weighty context, it would be disingenuous to continue pushing the agenda, even jovially, of Nigeria eventually owning Amapiano. Having already proved its national dominance, the movement is looking to upscale internationally, which is an agenda we can assist with. As Afropop continues to make global in-roads, Nigerian pop music has dominated a large portion of the attention from the other side of the Atlantic, meaning that we can further Amapiano’s international appeal through collaborations like “Sponono”, respectful and inventive co-opting like Juls’ ‘Happy Place’, and other wholesome avenues that doesn’t involve us erroneously parading ourselves as the owners of the Mzansi movement.

AMAPIANO: THE GLOBAL SOUND OF THE SOUTH AFRICAN HOOD

Next Article Wizkid, Olamide & more call for the Federal Government to #EndSARS