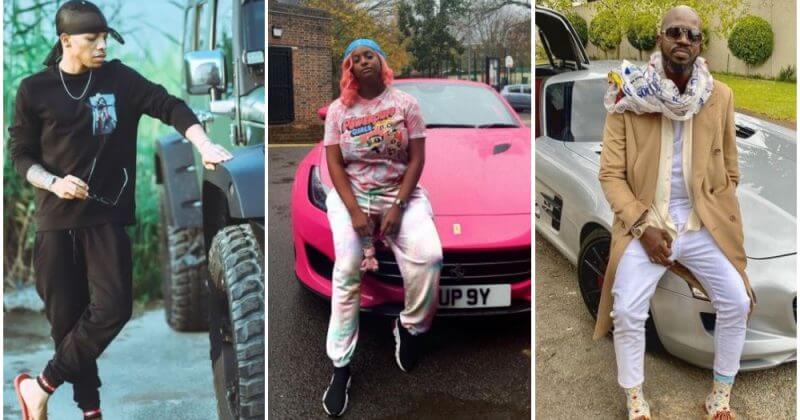 The last few months have been difficult. In the backdrop of an ongoing pandemic, Africans across the continent have taken to the streets to protest against myriad of inhumane conditions, from police brutality to child labour and gender-based violence. While we’re still dedicated to amplifying and reporting on these causes, we’ve recently resumed our Songs of the Day column as a nod to the artists putting out great music that serve as momentary escape from all the grimness.

After years of keeping us waiting, Tekno is reportedly ready to drop his debut album. Before it arrival, though, the singer/producer is putting out feeler tracks, releasing the new, loosie single, “Enjoy”, which taps into the sort of playful energy that has powered some of his biggest hit songs. On this single, Tekno fashions himself into an ambassador for enjoyment, openly championing his right to live his best life without unnecessary interference. “If you no want make I happy o/something go do you/water go choke you/thunder go yawa you”, he energetically chants atop Blaise Beatz’s frenetic drums, highlife guitar rhythms and blaring horns. There’s no mistaking Tekno’s intentions on “Enjoy”, and it translates into an infectious, feel-good jam.

Legendary South African DJ/producer, Black Coffee has set a February 2021 release date for his sixth studio LP, ‘Subconsciously’. The album is expected to pack a punch in terms of star firepower, and the latest single, “10 Missed Calls”, is emblematic of the weight of Black Coffee’s phonebook. The new song features American singer-songwriter Jozzy (co-writer of Lil Nas X’s “Old Town Road”) and a coveted, much raved about appearance by highly revered producer/singer, Pharrell Williams.

Like he usually does, Black Coffee flaunts his singular abilities as house producer, while also creating enough room for his guests to put on striking performances. For “10 Missed Calls”, he folds soulful piano lines into a deep house-indebted bassline, creating the perfect atmosphere for emotive performances from Pharrell and Jozzy. Together, the pair depict the difficulty of moving on from a romantic entanglement, even if the other person isn’t putting in much effort. “Feelings that I had are slowly fading/did you know that I tried my best just to let it roll”, Jozzy sings in a mournful tone, taking up the significant portion of the song, while Pharrell sticks to the refrain, as well as the opening and closing parts of the song.

‘Original Copy’, the debut album by DJ/artist Cuppy, spawned its fair share of pleasant surprises, like her competent singing on the Stonebwoy-assisted “Karma”. While her guest takes charge of the song in the beginning, Cuppy confidently shows up with well-tuned melodies over Killertunes’ dancehall-inflected beat. In the newly released music video for “Karma”, her perennially bubbly persona is refreshed by a self-assured candour, as she sings her part in her party setting, while performing eye-catching dancing routines.

Dedicated to the carefree, party-hopping antics best suited for weekends, Samthing sings of the anticipation that builds up towards the end of a working week. Although he sings entirely in isiZulu, the cheeriness in his voice is palpable and immediately infectious. Equally integral to the song’s enjoyability, De Mthuda’s groovy production pairs a bewitching bassline, bouncy pads and shimmering keys that tickles at the ears. Samthing has become one of the more coveted vocalists to work with for house music producers in SA, and the synergy he effortlessly forges with De Mthuda on “Weekend” is more proof of the traits that makes him special.

Despite the constrictions of the ongoing global pandemic, Herman $uede has spent this year consolidating on his breakout in 2019. On his fourth single of 2020, “Medawase”, the teenage Ghanaian singer celebrates his ongoing rise to mainstream popularity, appreciating the love of his burgeoning fan base in the process. Accompanied by Yung D3mz’s groovy and boisterous beat, Herman recounts the days when he used to post his music to no comments, while relishing the growth he’s gone through in the last few years. “Medawase” also doubles as the singer’s first pan-African collaboration; it features a stellar 16-bar verse from Uganda rap veteran, Navio, who uses his appearance as a victory lap for all his accomplishments.

On his previous single, “YKTFV”, King Perryy showcased his diverse skillset and flair for experimentation, tapping into the drill sound for a rollicking banger. For his latest single, “Waist”, he’s teamed up with afropop superstar Kizz Daniel for a catchy song that edges closer to the dancehall-inflected style that broke the singer into mainstream consciousness. “Look at your waist, look at your back”, Kizz Daniel and King Perryy take turns singing on the hook, using preppy melodies and scarcely veiled innuendos in favour of their lust-driven intentions. Accompanied by brassy, full-bodied production, both singers meld their styles into a fluid and excellent whole that works in service of a club-ready banger.

JujuBoy Star – “I Dey There”

With just a handful of singles under his belt, JujuBoy Star is still working in prospect territory, but it says something of his potential that he’s been announced as the latest signee of longstanding label, Aristokrat Records. The Nigerian singer has just made his major label debut with “I Dey There”, a new single that showcases his ability to wrap romantic narratives into catchy bops. Produced by Kel P, the combination of a stumping bassline, whirring bass guitar, and occasional horn riffs, form an energetic backdrop for JujuBoy to confess his undying commitment to an aloof love interest, with understandably corny lines like, “Girl, I’ll lie for you/give me special loving, I’ll die for you”. “I Dey There” serves as an impressive introduction to a wider audience, and a forecast of better things to come from JujuBoy.