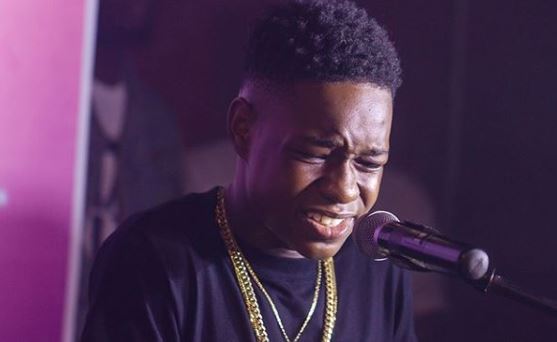 Heterogeneity is a common trait amongst post-millennial African popstars. It’s a phenomenon traceable from Odunsi’s Afrofusion multiplex, to Rema’s stylistic split between exotic Afropop and bubbly Trap. This is largely because, regardless of where they are from, growing up with access to the internet and cable TV has helped in widening their influences beyond modish sounds local to their countries. With these variety of influences, younger artists are more adventurous in curating the music they make from song to song.

Teenage Ghanaian singer, Herman $uede splits his influences amongst an array of artists, including Drake, Stonebwoy, Burna Boy and Joey Bada$$. Although singing is the 16-year old’s primary mode of vocal expression, the diversity of the music he admires is vivid in the wide-ranging sonic choices that has buoyed the handful of tracks that have garnered him buzz over the last two years. Spanning multiple genres across its six tracks, Herman’s recently released debut EP, ‘Hi I’m Herman’ is a worthwhile culmination of his keen-eyed approach to making music, and an emphatic (re-)introduction to his precocious abilities.

Glistening piano keys, striking guitar riffs and thumping percussions form the rambunctious sound bed for the Asi-assisted opener, “Let Loose”, a pseudo-inspirational cut on which both singers ambiguously describe their come-up, using the relatability of their story to create the ideal of hope and to inspire listeners to enjoy the present regardless of their current situations. It’s an apt intro, especially considering the overly cheery mood that dominates a large portion of Afropop, and also because it sets a consistent musical tone that the entire EP matches despite tonal and tempo changes.

After its happy-go-lucky intro, the remainder of ‘Hi I’m Herman’ is planted in romantic territories, thematically. The intriguing element of the tape, though, is Herman’s evocative writing, revelling in different types of tensions associated with relationships. There aren’t really any straightforward, blue-eyed love songs. Even “My Everything”, a profession of undying love underscored by xylophone riffs and reverb-drenched 808 bass, is delivered through the dewy lens of trying to get a relationship back on track after a major fallout.

Built around lived-in situations, the songs widen the (age) range of his increasing audience. And given the pristine candour of his boyish vocal demeanour, the narratives vastly increases the intuitive appeal of his voice. Over whirring guitar loops, twinkling keys and Afropop drum riffs of “Questions (Refix)”, Herman bitterly queries an ex-lover for her problematic behaviour during their stint together. “Seems like this whole damn relationship been a waste of my time”, he exasperatedly sings, with his voice evoking the emotions suitable for lyrics that will resonate with a wide variety of listeners.

Seeking to improve traction beyond his home country, the omnivorous sonic aesthetic of the EP, self-produced in collaboration with go-to producer D3MZ, will be integral in helping it gain rotations in radio stations across Africa and on summer Afropop playlists. Visceral highpoint, “Muje” spots buzzsaw synths and thumping bass that makes it suitable fit on a Zanku playlist at a party, while the Timbaland-era, early ‘00s R&B production that buoys “The Friendzone”, makes a perfect fit for programming on late night radio playlists.

Altogether, though, the 6-track project ultimately solidifies Herman $uede’s status as one of the most exciting Afropop prospects on the continent.