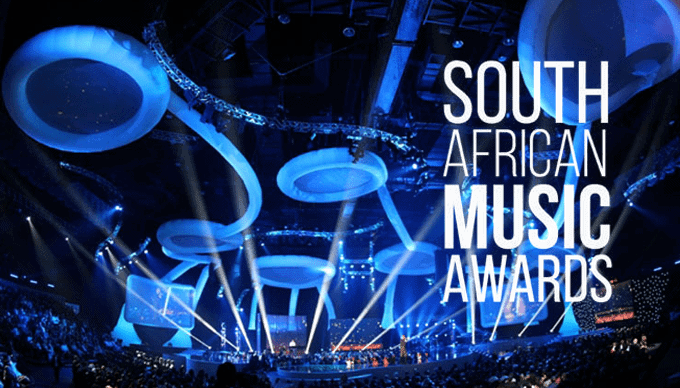 Since debuting in 1995, the South African Music awards (SAMAs) have made it a duty to spotlight the best and biggest of South Africa’s diverse music scene. In January, the award body set the ball rolling for this year’s edition, announcing that Music Video Of The Year would now be a fan voted category, like Record Of The Year, as well as the creation of the Best Produced Music Video category, bringing the total number of categories to 34.

The 26th edition of the SAMAs was initially scheduled to take place on June 2nd, at the Sun City Arena, however, with the ongoing pandemic derailing original plans, it is now slated to hold virtually, from August 3rd to 7th. This year’s festivities will be broadcast over five nights, with the first four episodes slated to last for 30 minutes and the finale will be on for 45 minutes. The episodes will comprise winner announcements and live performances from nominees, and they will be aired on Multichoice’s Mzansi Magic, as well as a livestream on the My Muze app.

This year, #SAMA26 brings you a virtual experience as we celebrate #ForThaKultcha. Catch South Africa's biggest stars for five prestigious nights on @mzansimagic from 3-7 August at 21:30, streamed on https://t.co/7CkVUUGzKI, and repeats on @channelotv pic.twitter.com/R0NoNbQJqe

After detailing the logistics, the award body rolled out the full list of nominees over the past week, initially starting off with those in the fan-voted categories, Record of the Year and Music Video of the year, then following up with the remaining categories. Scorpion King duo, DJ Maphosrisa and Kabza De Small, lead the entire pack with ten nominations, including three nods for collaboration of the year, two for Best Kwaito album and one for Best Produced album. Their third album, ‘The Return of the Scorpion Kings’, is also up for Best Engineered album, however, that nomination goes to Mas Musiq, the engineer behind the album.

Following closely is superstar producer, Prince Kaybee, who has nine nominations overall, including two nods each in the fan-voted categories. In addition to Best collaboration for the Msaki-assisted smash hit, “Fetch Your Life”, Kaybee’s third studio album, ‘Re Mmino’ scored him nods for Album of the year, Male artist of the year and Best Dance album.

Zooming out a bit, the Rest of Africa category is dedicated to non-South African artists, and this year’s nominees is dominated by Nigerian artists. In addition to Mozambique’s Isabel Novella and Sha Sha, the Zimbabwean singer who won Best New international act at the recent BET awards, the other nominees are Davido, rap ascendant Psycho YP, and the formidable pair of Sarz and WurlD. The diversity of these nominees is further indication of an increasingly omnivorous Nigerian music scene, where different sonic styles are making in-roads across the continent, regardless of their popularity at home.

Check out an abridged list of the SAMA26 nominations below. (You can find the full list here.)

Album of the Year

We Will Worship – ‘Seasons, Volume II’

Newcomer of the Year

Male Artist of the Year

Benjamin Dube – ‘Glory in His Presence’

Female Artist of the Year

Bongo Maffin – ‘From Bongo With Love’

Music that is made #ForThaSoul has the power to make us sing along because we resonate with the sound and the lyrics. Here are your nominees for Best RnB/Soul Album. Watch the #SAMA26 virtual awards on https://t.co/7CkVUUGzKI & Mzansi Magic, 3-7 August @ 9:30pm #ForThaKultcha pic.twitter.com/XZIR5dE53x

‘Re Mmino’ (by Prince Kaybee)

‘In a Different Light’ (by Wouter Kellerman)

‘I Write What I Dream’ (by Robin Walsh)

‘The Return of the Scorpion Kings’ (by Mas Musiq)

‘Into Dust/Waltz for Jozi’ (by Peter Auret)

Malumz on Decks – ‘Find Your Way’

KABZA DE SMALL’S ‘I AM THE KING OF AMAPIANO: SWEET & DUST’ IS A CREATIVE LANDMARK FOR AMAPIANO