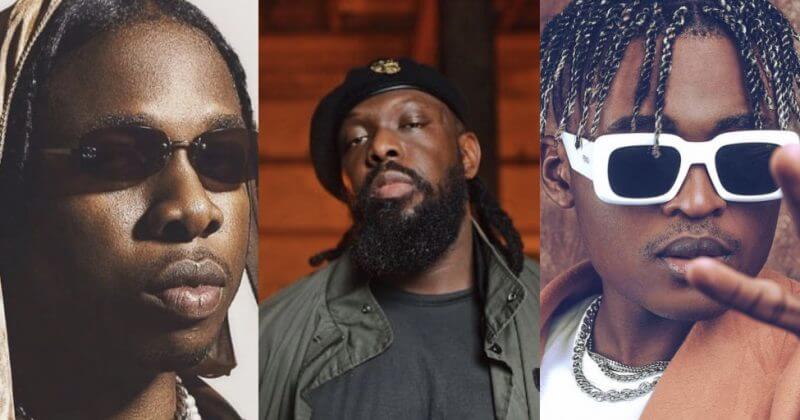 Songs of the day: New music from Runtown, Timaya, Cheque and more

It’s been a while, but we’re back at it with the new music updates. In a month full of loss, from COVID casualties to peaceful protesters being shot, at it didn’t feel right to carry on like normal, so we stopped everything to give all our time to the pressing issues at hand. These day, it’s still #EndSARS until they #EndSARS, but there have been welcome breaks from the bleak reality of the world.  Even though 2020 has been quite an overwhelming to take in, music has provided a necessary escape, and throughout the year; musicians have continued to release music that motivates us as a return to normalcy no longer seems certain.

We know it can be difficult to keep up with all the diverse streams of music, so we created this column to keep you, our readers, up to date with all the finest tunes coming out of Africa and the rest of the world. We’re resuming Songs Of The Day again to support artists who are providing momentary escape through these strange times, here are our favourite picks to start your new week.

Cheque’s debut project, ‘Razor’ has continued to enjoy massive rotation on the radio since he dropped it back in July. With the tracks written to highlight and celebrate his newfound celebrity and confidence, backing up the songs with glossy videos have effectively pushed him to further acclaim. His last video, “Zoom” saw him soaring as high as anyone can dream to fly in a convertible Benz; now we see him playing the sweet lover boy role in his new video for “Loco”, the romantic cut off the EP.

TG Omori directed the video for “Loco” and sets up Cheque with a muse who he serenades as they’re washed by neon lights. There are also cuts of the couple at an outdoor lounge at night where dancers flaunt their different choreographed dance routines to the melodies the lightweight Afropop beat produced by Tempoe.

Ghanaian producer and DJ, Gafacci is gearing to release his new project where he features artists from all around Africa. He has shared the tape’s lead single, “Like Chili”, hinting at what’s to come as he combines the lightweight groove of Ghanaian highlife with the soft guitar riffs of Latin pop. The song continues to build Gafacci’s reputation for channeling ingenious Ghanaian music styles to make electronic world music that bridges the gap between different regional sounds. On “Like Chilli”, he teams up with a young Ghanaian singer, Odartei who contributes his sweetly romantic lyrics that make the airy instrumentals fit for dance floors.

Gafacci has collaborated with local and international artists such as Sarkodie, Branko, Fever Ray and Ice Prince and owns his own label Clam Clam. With Odartei’s catchy melodies and the pleasantly euphoric ambiance of the beat, “Like Chili” builds our anticipation for the forthcoming tape from one of the ambassadors for Ghanaian electronic music .

Since scoring his megahit record, “Mad Over You”, Runtown has retained his position as one of the poignant voices of the music scene in Africa. As EndSARS protests held across the country, Runtown showed that his voice also serves to inspire progressive change, as he actively involved in motivating young people to speak up against oppression during the EndSARS movement. Now that the protests have been put on hold, he is sharing the new video for his previously released single, “Kini Issue”.

Meji Alabi directed the video for Runtown’s “Kini Issue” and it shows his celebrity partner, Adut Akech joining him to share intimate scenes as they stretch out on a sofa. While his previous single, “Body Riddim” featuring Darkovibes and Bella Shmurda described the physical attraction Runtown feels for his love interest, “Kini Issue” focuses on their emotional bond; “She be messing with my head/ Got me singing love songs on the radio”.  The video also features dancers wearing masks made out of local fabric, aso ofi, and it continues Runtown’s tradition of tributing indigenous fashion styles in his music video.

Timaya has come a long way from his humble beginnings to become one of the defining voices of Nigerian pop music. Since his 2005 solo debut, “Dem Mama”, the Papichulo has consistently delivered hits, either through soundscape-defining hits like “Ukwu” or evolving his Raggae-tinged sound to match the contemporary afropop bounce. His new album, ‘Gratitude’, where he sings about his journey through his many years as a celebrated afropop star, offers 13-track, including lead singles, “Born To Win” and “Gra Gra”.

He recently shared the music video for the album’s standout track, “Gra Gra”, where he sings about staying humble despite his many achievements. The video for “Gra Gra” was directed by Unlimited L.A who shoots Timaya at an art shop with different paintings and sculptures surrounding the singer while he performs his lyrics for the camera. We also see Timaya at a backyard cookout where he’s seen carrying a chicken lap as sings, “Me I no dey do gra gra/ I no dey gberaga”. Given the simplistic sets and his singlet outfit, his lyrics are even more convincing.

Classykinging has built his discography with songs like the DJ Kaywise-assisted “Red Cup”, that show how he excels at locking into a party-starting groove. Though he has made a career from channeling the irresistible charm of dance floors, on his latest single, “Solo Makinde”, Classykinging is more focused on his own acclaim and it makes for his most fun song yet. Singing “Solo Makinde o/ So wipe o/ Mi olese o/Who dey bang for the radio?” over the catchy beat produced by Whalez, the song has the sort of catchy melodies that stick in your brain long after you’ve stopped playing.

While Classykinging confidently brags about his career growth, he infuses some drama by speaking about those who doubted him. The catchy beat and melodies were designed to get feet moving at the club and with the hater-referencing lyrics, you can be sure that dance floors will get aggressively hyped for this one.

Laycon’s rap career was already on the upwards trajectory when shared the Chinko Ekun and Reminisce-assisted single, “Fierce” in 2019. However, since he won the N85 million prize for BBNaija 2020, he has become a certified pop star with enough clout and wealth to be unfazed by other mainstream acts. The rapper just got enlisted for the remix of DJ Neptune, Joeboy and Mr Eazi’s “Nobody”, and it’s no surprise that he makes the song his own show. Newly titled “Nobody (Icon Remix)”, the tracks sees Laycon showing off his celebrity status while delivering lyrics to win the affection of a love interest; “You know the boy keeps the lights on/ What an icon”.

With Mr Eazi’s absence from the remix, Laycon gets two verse in while Joeboy performs the chorus and his verse from the original song. The song is accompanied by a Dindu-directed video that shows DJ Neptune, Joeboy and Laycon in different colourful sets as they perform their romantic lyrics and dance to the groovy instrumentals along with the  featured video vixens.

Richaardbrown has released a new single, “Jazz Up”, the follow up to his debut single, released earlier this year, “No Lie”. As one of the new voices emerging from Nigeria, Richaardbrown has shown he can consistently deliver music to fill dance floors without sacrificing personality. For “Jazz UP”, he lays a catchy afropop flow over a smooth, melodic Amapiano beat produced by Magic Sticks. Richaardbrown’s lyrics unpacks his determination to acquire wealth and success – as a loner trying to survive in the city of Lagos, making it is a necessity. His lyrics reference the Ikeja neighbourhood and the jazz-up meme as he explains that “I ain’t got no one I gotta make it on my own/ I be in my feelings but I keep it on the low/ Omo make we jazz up!”. Richaardbrown might be a newcomer but he has no doubt about his purpose and his legacy in Nigeria’s booming music scene.

ICYMI: Catch up on all the best songs released earlier in the week

Next Article Amaarae, Kojey Radical and Cruel Santino link up in the video for “Jumping Ship”