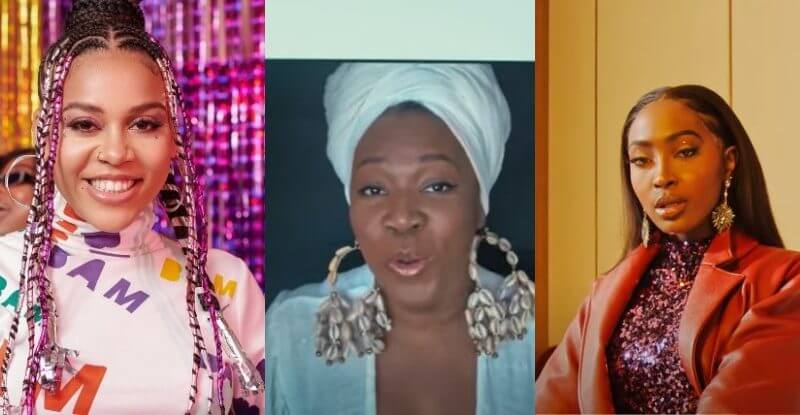 This month is the anniversary of the Coronavirus in Nigeria as well as Women’s History Month so our curation will emphasize celebrating women and music that have made these uncertain times more bearable. Last Friday, we brought you new releases from Ice Prince and Oxlade, Ruger, Skillz8Figure, Lyta, Legendary Styles and Falz, Marv OTM and Psycho YP, and more. Scouring across the continent for songs from the last few days, today’s curation includes new drops from Sho Madjozi, Zlatan, Lioness, William Last KRM, and much more. Dig in and enjoy.

Late last year, South African rapper/singer Sho Madjozi shared her sophomore project, ‘What A Life’, a vibrantly crafted body of work that continued her self-appointed mission to present her Tsonga heritage to the world. On the upbeat tape, she leans heavily into Shangan Electro, a South African House sub-genre earmarked by its rustic, folk influences with features from Manu WorldStar, Dj Mfundhisi and more. In support of the project, Sho Madjozi has now released the video for its lead single, “Shahumba”, which features legendary Tsonga musician Thomas Chauke. The video is part-narrative and part-exhibition, as it shows a father and a daughter bonding through music in its first half—seemingly mirroring her childhood—while a flamboyant live performance with both artists is the focus for the second half of the video.

Bella Shmurda is having the time of his life and he’s clearly living it up. After fully emerging as breakout star in 2020, albeit a tad controversially, the singer quickly opened his account for the year with his latest hit single, “Rush”, an instantly infectious banger that coupled Bella’s self-assured, rockstar persona with a groovy, dance-inducing beat. The newly-released video for “Rush” sees Bella Shmurda moving between frenetic and nonchalant defiance, as he reels off his brand of street realism-soaked quips, while in a myriad of settings that range from the religiously symbolic to those with psychedelic effects.

Botswanan comic sensation William Last KRM made his full pivot to rap stardom with last November’s ‘Willian’, an impressive debut album showcasing his formidable skillset as a storytelling lyricist. Named after his daughter, the album also presents William Last as a complex person who’s growing for his sake and his daughter’s. Following the viral success of the phenomenal video for lead single, “Tinto”, he’s now dropped the video for “How It Feels”, an affecting portrait of his fight with personal demons, which has been worsened by negative public comments about his comic streak. The DirectorMo-helmed video oscillates between William in a shack and a Range, signifying his steady ascent to fame, but his performance, as well as that of featured artist Dato Seiko, remains vividly sombre all through.

Sauti Sol – “My Everything” (feat. India.Arie)

Nearly three months away from the 1-year anniversary of their latest album, ‘Midnight Train’, Sauti Sol have yet to cease promotional efforts for the star-studded project. However that’s all changed now as the Kenyan Pop quartet has now released the music video for “My Everything”, which features revered American Neo-Soul singer India.Arie. Capturing the song’s romantic direction, and the breeziness of its guitar-led mid-tempo groove, the video is set at a vacation spot with a beach, with one of the group members running into his Sauti Sol colleague, alongside his love interest. We also see clips of Indie.Arie beaming over a computer screen, radiating her trademark warmth in all its soothing essence.

After a very productive 2020 run that saw him release two impressive self-assured EPs, Bryan the Mensah is back at it this year with the video for his new single, “Problem No Dey Finish”. Titled after, and taking inspiration from, the popular social media slang, Bryan delivers a stomping banger boasting of his intermittent carefreeness, deeming it as reward for his consistency and hard work. Over OKAIWAV’s booming low end, he also addresses artists living fake lives for the digital flex. The accompanying video focuses on the youthful exuberance driving the song, as we see Bryan rapping his set at a house party and in a moving while surrounded by friends up to funny shenanigans.

“I got classy goons that dressing up in Dior/I’m finally that bitch that got them shutting the store”, Lioness raps at the end of the first verse of her latest single, “Superstar”. Those two lines are symbolic of the myriad of quotable one-liners and infectious braggadocio the Namibian rapper laces the song with, lacerating DJ Potpher’s Amapiano-indented Swag Rap production with precision and sassiness. In its new, accompanying music video, Lioness embellishes her imperial allure, rapping her lyrics with a cold yet riveting stare, while dressed in several impressionable outfits that project both sensuality and self-assured power.

Over the last month, Psycho YP and Azanti have been dropping videos to songs off their well-received joint project from late 2020, ‘YP & Azanti, Vol. 1’. The recently released set of visuals for “Caro” is the third video release, following accompanying visuals for “Focused” and “Ji Masun”. Just like its predecessors, the video for “Caro” follows a distinct narrative, as it follows Psycho YP and a love interest who seem to be having the best of times until it is revealed that the affair was a ruse for robbing him of his money. Also catering to the song’s ultra-groovy sonic direction, Azanti is captured performing with a live band at a function packed with friends, including a typically energetic cameo from fellow Apex Village artist Zilla Oaks.

Last Friday, Ghanaian rap hit-maker Pappy Kojo released his long-awaited debut album, ‘Logos II’, a star-studded 15-track project with high profile features from Sarkodie, Kuami Eugene, Phyno, Kwesi Arthur, and more. In support of the release, he released the video for “All Day All Night”, a feel-good cut comprising a delightfully minimal, bouncy beat, and guest appearances from Kofi Kinaata and Ghanaian rap pioneer, Gyedu Blay Ambolley. Embodying the song’s lightweight concern, the accompanying set of visuals are sun-soaked, as it captures Pappy and Kofi performing their sets on a road trip and at landmark locations in European Town, Sekondi. Meanwhile, Gyedu is captured rapping on the top of a roof, with a scantily clad model dancing and keeping him company.

Relationships are more complicated than they’ve ever been. Most likely due to the way social media has drastically adjusted the way we view romance, the idea of what a functional romantic situation looks like isn’t singular anymore. Take Adhnok’s official debut single, “Twisted”, a spacey trap cut dedicated to a love interest whose impulses and effects are decidedly toxic. “She got that twisted love,” he repeatedly sings in a droning vocal tone, and even though he references the popular saying, “Once bitten twice shy,” it’s obvious that he’s still very enamoured by the same toxic habits this partner exhibits. Melodically rapping that his efforts to move on from the toxic situationship have proven futile, “tried to leave her but I can’t,” Genio’s closing verse stands in solidarity with Adhnok’s vulnerabilities. In the end, despite its dangers, the trio’s romantic outlook remains unchanged, as SniperSan’s vocal assist captures: “[they] want that toxic love.”

Next Article NATIVE Exclusive: With Darkoo, you always get twice as much