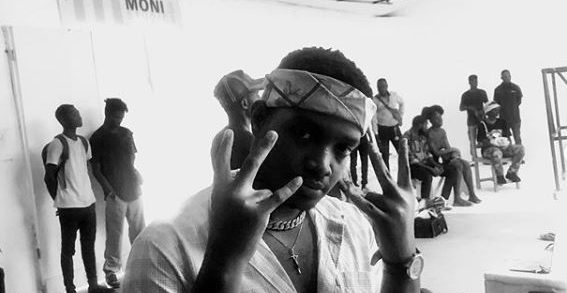 Across his well-received 2017 debut EP, ‘Friends with the Sun’, Bryan The Mensah spun tales and quips about dealing with haters and fake friends, as well his desire to become one of the biggest stars of his generation. After a solid sophomore EP, ‘W I L D F I R E’, and a slew of loose singles, Bryan is still working his way around niche circles. But with his latest, the 4-track EP ‘I Don’t Feel Like Going Outside’, the rapper/producer is clearly undeterred by his slow—but steady—progress.

At its most compelling, Bryan The Mensah’s music reflects youthful exuberance and burning ambition in equal measure. ‘IDFLGO’ finds the Ghanaian artist a bit more aggressive and clearer about his financial goals. On the aptly titled opener, “Forbes List”, Bryan raps about being on his grind since 2012, but instead of sounding exasperated he comes across as hopeful, with an understanding that “it ain’t overnight”. His optimistic tone is reinforced and made more endearing by the appearance of Ghanaian rapper Kiddfresh, whose interludes serve as vocal support to reassure Bryan that he’s on the right path.

Usually, when artists make music about their motivation to make more money, it’s in service of trying to live an extravagant lifestyle. For Bryan, though, it seems like all the years of grinding has tempered the lust for excesses. “So what’s it gon be?/go and hang with the boys and have the time of my life/or go and make a boring ass decision that’ll probably gon triple my price”, he ponders in the final seconds of “Build My Home”. While Bryan’s wizened outlook makes sense for him, the real victory is that he doesn’t come across as puritanical since he’s not projecting his decisions on others.

From a purely musical standpoint, ‘IDFLGO’ also succeeds because of Bryan’s narrow focus on communicating his ambitions. His songwriting, which has always been impressive, is much sharper: the hooks are bold and often memorable, and his raps convey a sense of urgency both in writing and delivery. The beats—all self-produced, with the exception of “Dimirika”—continues his preference for maximalist soundscapes, but instead of dense arrangements, ‘IDFLGO’ employs thumping 808 drum patterns and mood-setting piano loops.

With just a single proper feature from the ever-impressive Tulenkey on “Deposits”, Bryan The Mensah hones in on his strengths as a rapper, songwriter and producer within the 4-track duration of the tape. The remarkable results showcases why familiar fans should continue believing in his crusade and why everyone else should be paying attention.