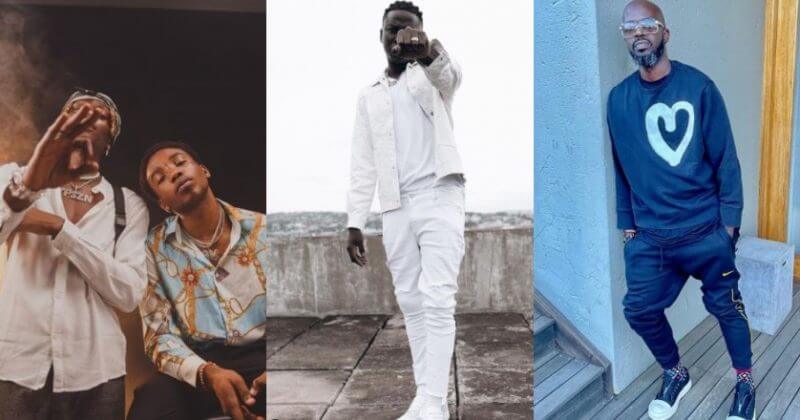 Music has been the driving force keeping us connected for the past ten months where we have been cut off from live experiences. As a result, last year, The NATIVE created our ‘Songs of the Day’ column as an avenue to curate some of the best and biggest songs from around the continent. In the time since its creation, the column has served as an means to discover music from niche, rising acts, while also spotlighting releases from the biggest artists on the continent. As artists continue to share their music with us, this year, it’s only right that we return to pointing you towards as much great music as we can.

Mid-week, we brought recent releases from Tems, Scorpion Kings X Tresor, Mzvee and Sarkodie, and more. For our weekend curation, we’re bringing you new video releases from Psycho YP and Azanti, Kabza De Small, and Chi Virgo, as well as new songs from Stonebwoy, Black Cofee, Psiv, King Deetoy and Nviiri the Storyteller. Though the pandemic has denied us live shows, where the magical bond between artists and fans unfolds in real-time, artists have remained committed to sharing music with fans, so we continue to honour their art and create space and visibility for them. Enjoy.

After months of build-up, and the release of over 80% of the album as singles, Black Coffee’s long-awaited sixth album, ‘Subconsciously’, is finally out in its entirety. Largely exploring the soulful corners of House music, the album pairs Black Coffee’s soothing instrumentals with a wide range of singers from around the world. One of the very few tracks previously unreleased, “Time”, features American R&B singer Cassie, who sings of going away with a romantic partner to a location where time is suspended. With a melodic phrasing that hangs between ‘90s R&B and her typical Rap-inflected singing, Cassie’s voice springs off Black Coffee’s sprightly drums and lush piano chords.

UK-based Nigerian singer, Chi Virgo introduced us to her expressive and relatable brand of neo-Soul/R&B style of music with her short but effective debut EP, ‘Under the Moon’. A project years in the making at the time of its drop, the singer explained that she was already plotting her next move – “I’m excited because it means I can get to releasing more things,” she said at the time. Possibly in the throes of her next project, the singer has shared the loose single, “Wave”, and it continues her bedroom Pop dalliances while amping the trippiness factor even further.

Produced by Ivy, “Wave” features a combination of gleaming keys, skittering hi-hats and off-kilter bass, all refracted through a lo-fi prism. Over it, Chi sings like she’s experiencing an out of body experience, repeating slightly muffled chants of, “I’m just on a wave,” in between verses filled with words of self-assurance in light of her dreams. The song also comes with an accompanying video shot by, and co-edited with, budding visual savant, Chuka “OTTO” Oknojo, and it taps into the psychedelic vibe of Chi’s performance. In it we see intimate shots of the singer moving around her room exuberantly, while the edits are laid on thick to create a trippy, riveting effect while watching.

Last year, Kabza De Small gathered four of Africa’s biggest household name for an instant dance classic. On “Sponono”, Wizkid, Burna Boy, Cassper Nyovest and DJ Maphorisa (performing as Madumane) combine magnificently over Kabza’s mix of breezy tropical melodies and bouncy, Amapiano percussion rhythm. Pulling back attention to the record, the South African producer/DJ has shared an animation video for “Sponono”, featuring cartoon images of himself and his collaborators on a moving train, alongside symbolic gestures nodding to the album’s cover image. It’s not as momentous as getting all parties on set for a live video, but this animated rendition does a considerable job of capturing the song’s breezy essence.

Late last year, we were introduced to Azanti via his joint project with Psycho YP, ‘YP & Azanti, Vol. 1’, and it served as a remarkable entry point into his budding capacity as an R&B-dominant singer/songwriter. Ensuring that the project continues to get the attention it deserves, the pair have shared the video for “Focused”, one of the tape’s standout tracks. Directed by Cindy Ihua, the set of visuals plays into the song’s lovestruck sentiment, setting YP and Azanti as photographer and set assistant, respectively, with the latter pleading his romantic case to the on-set muse. According to a teaser shared by YP on social media, the video for “Focused” is one of several already shot visuals for songs off the project, and it sets a crisp tone for those to follow in coming weeks and months.

“Dem know dadadada, say my profile taller than ladder,” Stonebwoy brags on his new single, “1 Gad”. Coming from one of the biggest Ghanaian artists of the last decade and counting, it’s a very fitting brag. Singing over Street Beats’ Dancehall-indented production, Stonebwoy boasts of his affluence and unyielding influence amongst Ghana’s teeming youth, while also appreciating the support he’s received on his journey so far. With his melodies coming across in a stream of consciousness flow, there’s an affecting spontaneity to Stonebwoy’s performance that makes “1 Gad” sound much more personal than a banal ego boost.

All looks set for King Deetoy to become the next big House music DJ/producer out of Africa. Having spent the last two-plus years showcasing his inventive abilities across five projects, he’s just scored his biggest mainstream look yet, co-headlining a new project with the Scorpion Kings duo, Kabza De Small & Maphorisa. ‘Petle Petle’, the 7-track tape, builds on the trio’s synergy from their novel collaboration from last April, “You and Me”. Off the project, the title track exhibits the heterogeneous blend that characterises the project, folding Techno, Deep House and Amapiano into a thumping, melodious whole. Mhaw Keys mutters soulful, tribal chants, adding a mystical feel to the mostly instrumental song.

Last November, Psiv made his first official foray into Drill with the Espiquet-assisted “Gangland”, a fiery cut describing the “mad land” that is Nigerian. Swapping angst for a display of bravado on his latest single, “234”, Psiv unloads a flurry of snappy bars extolling his money-obsessed ideals, bragging about the perks of flipping bags while mouthing off at those he considers to be opps. “All of my shawties, they steady be throwing it back/steady be beating the WAPs/Getting the money, you know that I’m deep in my bag,” he raps with exuberance over a gleeful piano chord theme and a sliding, explosive bass.

After years building a reputation as one of the budding stars out of East Africa, Nviiri the Storyteller is set to begin manifesting his potentials on a higher level, with the impending release of his debut EP, ‘Kitenge’. Ahead of the early March release, the Sol Generation signee has shared the lead single, “Birthday Song”, and it features high profile appearances from Sauti Sol, Bensoul and Khaligraph Jones. Backed by a colourful, mid-tempo groove, Nviiri and his collaborators deliver a celebratory song embellishing the importance of birthdays. Whether you agree with the sentiments or not, the grooviness and overall vocal excellence on display is worth the listen.