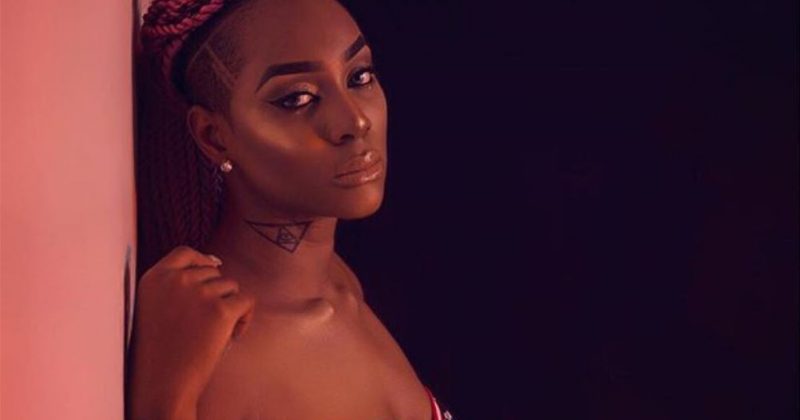 NATIVE Exclusive: “Faraway” sensation, LA is ready to break out

L.A hasn’t had time to stop and rest in weeks. Since the release of her break out single, “Faraway”, in April, she’s become an entertainment sensation, she’s been sifting through record deal offers, while amassing substantial airplay in  Nigeria, UK, Canada, South Africa from OAPs she admits she’s never met.

“Faraway is a true life story actually” she began. “It was about a guy I liked, we liked each other and we both knew it but we just couldn’t be together for some reason, it was just too complicated,” LA’s last words give the metaphorical space she sings of with frustration on “Faraway” more context.  While the end of a relationship is usually glaring from a mile away, the actual heartbreak is a gradual falling apart that creeps in and crushes you all over again when you least expect. Narrating the story behind the composition, LA tells me she was in the studio with producer Syn X working on a different song, “I remembered that guy and I just started singing, ‘baby, you’re Faraway Faraway… baby, you’re Faraway Faraway’, and I was like, ‘Let’s do this instead'”.

LA had always known she was going to pursue a career in music, but the real catalyst was a CD of Britney Spears’ 2k Crazy Tour her dad gifted her at the age of 10. The CD was magic beans to the giant stalk that transported her to the beautiful world of lights and high octaves where little girls’ dreams come true. Britney Spears became LA’s first reference for pop stardom, “I used to rehearse the dance routines from the tour and watching her I knew I really wanted to do this, so all of that has brought me to this moment”.

Sadly, the same fatherly love that broke the limit to her imagination did not so much support the child star she wanted to become in return. In the years following LA discovering Britney Spears, her decision to use her voice for more than a hobby started causing problems with her parents. LA recalls missing out on a choir performance at a big concert where she was supposed to take the lead. “I had informed my parents already, but on the evening of the event, my Dad refused to let me go. He said I should go and read my books. It was very very very embarrassing and painful, They had to re-strategise and perform something else, I cried my eyes out.”

Though many years have passed, the specificity of L.A’s emotions (“embarrassing”, “painful”) is a vulnerable diva moment from an artist who is used to the spotlight. She often sang till late in the night as a child, to the dismay of her strict parents who had to apologise to the neighbours she was keeping up. LA unwittingly emerged as a local celebrity, performing high school graduation ceremonies at HopeBay College and becoming a star chorister in church, while sharpening her voice.

But before meeting producer Syn X at a Digital Music solutions event years later, her career stalled for a few years. On her father’s insistence for a medical degree from his daughter, LA briefly studied Nursing at the University Of Calabar. When she eventually dropped out, she first left school with no plans, eventually, she returned home to tell her parents plainly: “I want to do music”. These days, there is less pressure about that medical degree her father wanted on the wall, but when the occasional question comes up, LA can run off to the studio.

When L.A isn’t working on her music, she’s styling pieces she tells me in between us both fawning over our love for shoes. Her work ethic is pristine; even if it means not sleeping for weeks or scheduling an interview when she’s so ill she can barely eat, she’s determined to get the work done. In response to my question about “Faraway” going viral, LA tells me she is aware talent is but a drop of water in the Atlantic. “I believe two things,” she says, “You need hard work too for something to really be a success and second is if something is good enough, it’ll open doors for itself.”

Next Article Listen to Nonso Amadi’s new single, “No Crime”