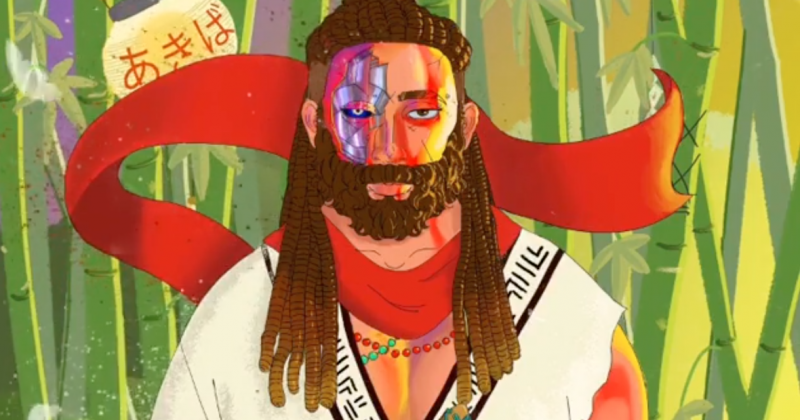 If you want to talk about how the newer generation of Afropop hitmakers have made a shift in the culture, you should probably have an in-depth conversation with Adey. The producer/songwriter’s streaming statistics reflect that most of his listeners are from Norway, Germany and Australia, and whether or not you believe it’s enough metric to judge the whole industry, there’s no denying the allure of “Juice”, the song that stamped Ycee’s place in mainstream music.

Adey speaks about the music industry with confidence that can only come from experience. After having worked in the industry for over a decade, his catalogue boasts of hits between solo efforts like “Cigarette” and collaborations like “Wavy Level” and “Juice” featuring Olamide and Ycee respectively. We spoke about his latest piece of work, ‘Akiba’ and more generally, his music career and how Nigeria’s alternative music scene (which he proudly proclaims started in his bedroom) evolved to become the cultural phenomena it is today.

Adey’s upcoming tape was announced with a snippet, which highlights the atmospheric ambience of his r&b fueled Afropop instrumentals. The anime-style cover art made by Yung Coconut Pie depicts a sword-wielding ‘Samurai’ Adey, which also amplifies his openness to explore other cultures outside Nigeria. “I love cartoons. I watch anime and I read the comics as well.” His appreciation for the Japanese storytelling medium reflects some of the exposure he enjoyed from his child hood, when his parents made sure he travelled to other parts of the world during his holidays.

“I think all that kinda subconsciously plays into my music. My music is played in random places all over the world and I guess they kinda see something in my music that they like. I don’t quite know what it is, but I just believe it’s all the experience and exposure I gained growing up that’s being translated to music.”

Still, his Nigerian roots are very important to him. You can hear him infuse his African heritage through the melodies and the tin pan drums he produces on songs like “Juice”. Even though he studied Music Technology for A-Levels in England and got fair introduction to the game through that, he admits that he only really started getting the hang of production after spending time at Del B’s studio in Lagos. When Del B would take a break and leave the studio, Adey would mess around on his laptop with the aim to learn something new.

“What that experience really taught me was how to actually actualise what is in your head versus what is coming into your ears, and yeah, I’m quite good at that now.”

The fusion of sounds that make up Adey’s music is very distinct from Del B’s Afropop production, however. Adey blends influences from his childhood, “that whole Kenny G, Jagged Edge and Brande era” and combines it with Afropop beats to create a swelling ambience that makes the vocals on the song more riveting. “I’ve never really been good at making commercial music. I just took what I knew and added it to stuff; Very simple drums and stuff that I could make and program to achieve a new African sound.”

Songs by Phil Collins and Kenny G served as his inspiration while he was creating ‘Akiba’, an project which is expected to position him as a producer/artist who can ride the Afropop wave into the future. With WANI being the only featured artist on the tape, Adey handles most of the vocals, even though he hasn’t always been so confident about his voice. “It is a weird one because I started off as an artist, a rubbish artist. I only learnt production because I couldn’t afford to pay Del B for beats,” he says. He has since grown more confident in his singing ability, as he developed his production process to include writing songs to assist the artists he’s producing for. “You know the reason people pay me so much money is because most times, like 99% of the time, I can capture the aura for that artist.” He wouldn’t mention names, but he assured me that a lot of known songs have his demo versions out there.

“What I am really good at is basically writing hooks. I love writing hooks. If you notice, most of my songs especially “Cigarette” is just one long hook and I think it’s repeated twice. The verse on that song is like three lines long and that’s how I like to structure my songs.

I believe that at any point in time, songs should evoke maximum emotion. If you are going for depressed, your song has to be evoking that depressing feeling from beginning to end.”

Before he established himself as a double threat in the industry, Adey got his first feel of the music business when he sold his first beat for N5,000. The beat was for LOS family and they recorded the song in his bedroom with a stolen mic. At the time(roughly 10 years ago), he had just recently dropped out of school and didn’t have much support to pursue his music career.  Those days are well behind him now, and today, what counts as a challenge, is getting people who come to him to replicate an old hit song.

“Most times it’s a success but I don’t feel any pressure to top “Juice”. To be honest, that song has done more than what I personally expected. It wasn’t even my favourite song on that tape. I don’t know how to describe it, it’s very weird. Everybody wants a hit but no one really knows what a hit song sounds like. You can be in the studio with a bunch of guys and they are like this is a hit, this is a hit and you drop the song and it is like hmmn.”

Even though he’s racked up quite an impressive resume so far, which has seen him work with artists such as Femi Kuti, Tiwa Savage, YCee, Dremo, Davido, Falz, Mr Eazi, Tems and many more, what he finds fulfilling is seeing all his brothers win. Having come such a long way in the last 10 years with a bunch of other artists such as GMK, Genio, Santi and many others, his favourite moments of all of this, is watching them make music people want to hear and pay for, given where they started off from.

“In 2009 we were all just a bunch of lost ass dudes trying to figure out this music shit, you know. Seeing every single one of those people doing well right now is where my main fulfilment comes from.

You don’t know how proud it makes me seeing Santi and Genio working with so many different people, GMK having a song with Damian Marley on his beat. It’s mind-blowing because all of us used to sit in my room and order pizza or KFC or chicken republic and we’d sit down and play video games, trying to make music.

It’s amazing to see things come full circle, where everyone is at this point where they have the ability to make this extremely complex music that people want to hear and purchase. I still learn from these guys every day, the same way they learn from me so that’s where that fulfilment comes from.”

We’re still getting to the point in the entire music industry where producers are just getting their flowers, but the lack of recognition doesn’t bother him. “The important thing is that we all maintain good relationships with each other”, he explained. His most cherished feedback came from his dad telling him how proud he was to hear his song with Tiwa Savage, “Bere Mole” playing on the radio. Adey knows this is what he’s supposed to be doing and that’s enough for him.

‘Akiba’ will be his first body of work when it drops on the 23rd of May, but he tells me it’s actually his 7th EP, and he’s been keeping all this music in the store for when the time is right. Though it’s clear that Adey has led an interesting life, he confessed that he doesn’t feel like he has really started living, because he always held himself back for fear of what others will think of him. Now that he’s over that fear, he’s prepared to let the world hear how he has consistently pushed himself to explore the limits of his creativity. ‘Akiba’ has been a long time coming and it will make the mark it needs to.

ICYMI: Listen to “Red” by Adey while we wait for Akiba’s release

0000
Previous Article How music can help increase your self-confidence

Next Article Examining the history and value of African hair