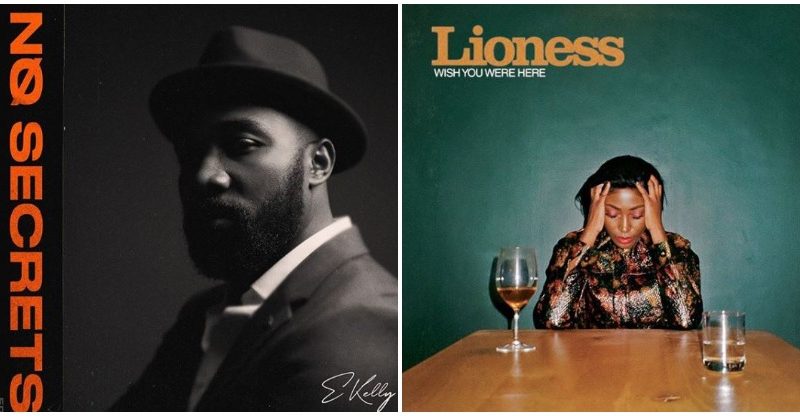 Friday is universally known as the day for new music releases. This means there’s so much music to wade through, and a few might get lost in the shuffle. To help out, here’s a run-down of newly released projects the NATIVE recommends from this week’s slew of releases. From the E Kelly’s debut EP, to comeback projects from Dr Sid and Dammy Krane, and new projects from rappers Lioness and Phlow, and more, make sure you dig in–you’re welcome.

E Kelly has been around in the industry for over a decade, and in this time has amassed a sprawling catalogue of classic hit singles, helming songs for a wide range of artists including Wizkid, Mr Eazi, M.I Abaga and more. For his latest move, however, the producer and songwriter has just dropped his debut project, ‘No Secrets’, a 5-song EP that emphasises his curatorial skills. The project features Mr Eazi, Joeboy, King Perryy, Boybreed and Minz.

Even though Dr Sid’s last project was his sophomore album, ‘Siduction’ back in 2013, he’s still managed to stay in relevant afropop conversations throughout. The veteran Mavin artist has only dropped a few one-off singles, while also taking long breaks of silence in between. His comeback project, ‘The Interesting EP’, is made up of 5 songs, with guest appearances from Don Jazzy, M.I Abaga, Eyango and the pre-released “Lit” featuring Ladipoe.

Ghanaian singer KiDi finally released his long-awaited debut album, ‘Sugar’, last year, and not up to a year later, he’s returned with a follow-up. Nearly a year later, he’s back with ‘Blue’, a new, 5-track EP that continues his knack for candy-like melody over groovy beats. While his debut was star-studded, KiDi opts for a more independent release this time around, with the sole feature coming from Ghanaian singer Adina.

Lioness – ‘Wish You Were Here’

“I needed to be in hot water to evolve”, Namibian rapper/singer Lioness explained in a recent interview with the NATIVE. The result of that evolution is her newly released album, ‘Wish You Were Here’, a 12-track project that joins her growing catalogue as the artist’s third official LP. She’s joined on the album by J. Derobie, Ogranya, Dizzo, South African DJ/producer Young DLC and more.

Kiienka properly introduced us to his experimental style of trap music with his debut EP, ‘Spaceman’ last year,  and he’s consolidating on that artistic identity with the newly released sequel, ‘Spaceman 2.0’. Including the catchy lead, “In the Ends”, ‘Spaceman 2.0’ is made up of eight tracks, entirely producer by frequent collaborator, Veen. Unlike his feature-packed debut, the new project spots just two guests in Psycho YP and Libianca which leaves room for listeners to really see what he’s about as an artist.

Nigerian rapper, Phlow earned some buzz for her fierce and impressive lyrical displays on several cyphers, features and a few projects. After a low-key 2019 which initially started with a head-turning feature on Show Dem Camp’s “White Flags” and the soulful EP, ‘Gloria’, she’s opened her account for this year with a new project, ‘Marmalade’. The 6-track EP, produced by Alpha Ojini, features guest appearances from Alpha, Psycho YP, Blaqbonez and soul singer Tomi Owo.