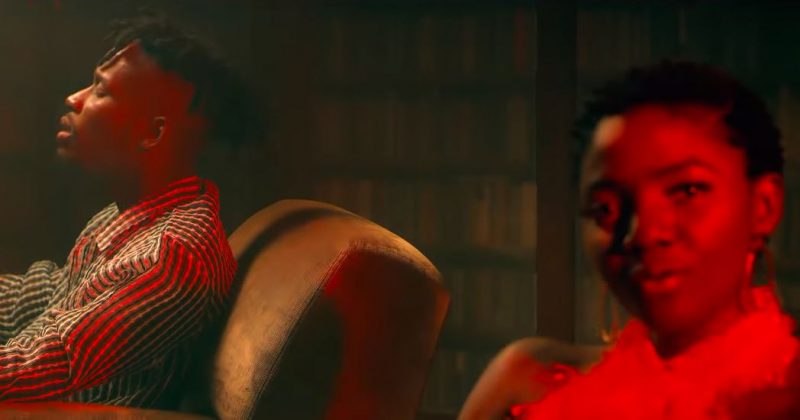 Mr Eazi and Simi get together for another romantic single, “Doyin”

The chemistry between Mr Eazi and Simi has already proven adequately suited to fit the steamy dancehall requirement for Afropop with “Surrender”, one of the highlights from Mr Eazi’s ‘Lagos to London’ tape last year. The pair have however returned for seconds, collaborating on yet another romantic themed pop song, “Doyin”, designed to meet the needs of club DJs at parties.

Simi’s IG post announcing the release offered some backstory to the creation of the song saying, “Soo what had happened was I went to say hey to Mr Eazi and some of the boys in LA and then he was getting his hair cut and he was also vibing to this beat that Killertunes had made and then I threw my backpack on cos I had gone there from school and I was about to leave and he was like ‘Simi you get any idea’ or something like that and I was like ok ‘yada yada yada’ and I was like ‘peace I’m out’ and then weeks later he was like ‘make we shoot video for that our jam now.’ and I was like ‘our jam? lol’ because you see I didn’t know it was our jam, I thought it was his jam and now Doyin is out”.

“Doyin” comes with an accompanying music video that sets Simi and Mr Eazi at a tropical mansion where they perform their romantic lyrics side by side. Watch the music video for Mr Eazi and Simi’s “Doyin” below.