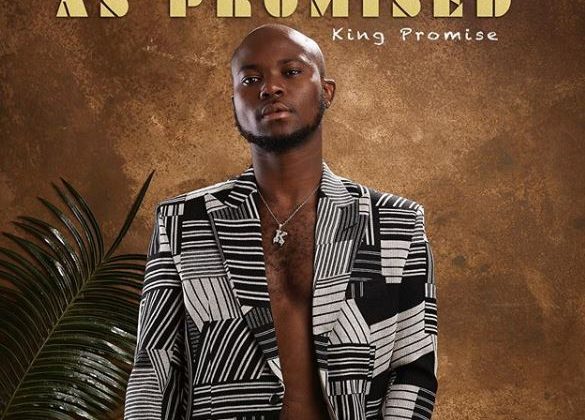 Apple Music’s ‘New Artist Spotlight’ tab on the Browse page of the streaming app, has served as a platform to introduce young, budding artists to a wide variety of African music listeners. This year alone, artists like South Africa’s Tellaman, Ghana’s Amaarae, Nigeria’s WurlD and Rema have been highlighted. For the month of July, Ghanaian singer, King Promise is the featured act, and it coincides with the release of his highly awaited full-length debut, ‘As Promised’.

Over the last two years, King Promise has gained prominence as one of Afropop’s most impressive recent acts, working with a slew of artists, from Joey B and CDQ to Mr Eazi and Seyi Shay. The singer’s new album is a 15-song set of breezy bops, mainly tilted towards romantic intents and dancefloor purposes. In addition to the features on the pre-released singles—Mugeez and Sarkodie-assisted “C.C.T.V”, “Bra” featuring Kojo Antwi, and “Tokyo” with Wizkid—UK singer Raye, Afropop songstress Simi, and Omar Sterling complete the list of guest features. ‘As Promised’ is released under the Killbeatz-led imprint, Legacy Life Entertainment.

You can stream ‘As Promised’ here.