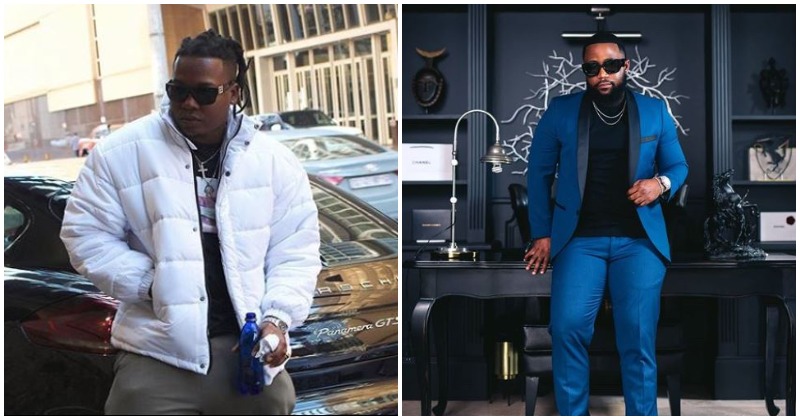 One of the best things about Afropop today is the increased musical interaction across country borders, through constant collaborations and sonic exchanges. One good example of this phenomenon is Nigerian producer Kiddominant, who scored a continental hit with his stellar appearance on AKA’s “Fela in Versace”, and is now exploring a sub-genre he describes as ‘South Afrobeats’, a combination of Afrobeats melodies and South African drums.

@applemusic just made me and @casspernyovest the cover of AFRICA NOW Playlist 😳😳😳 ! #EWALLET OUT. Go check it out on Apple Music’s africa now playlist 🌍 🌍 🚀 🚀

Kiddominant came up with the idea after spending a year in South Africa, imbibing the local culture and visiting the clubs where he heard a lot of their music. As a statement of his new musical exploration, Kiddominant brings that vision to life in the form of his bubbly new single, “eWallet”. Helming the club-ready production, Kiddominant layers several colourful piano melodies to create a summery and ambient vibe, while a boisterous, distinctly South African percussion pattern is responsible for the song’s body roll-inducing groove.

“Girl I was been searching, till I found you/and when I found you, I swore that I won’t search no more”, Kiddominant sings on the catchy hook, laying down the romantic premise of the song’s lyrical content. He’s joined by South African rapper Cassper Nyovest, who swaps his usual rap delivery for a singing appearance where he even teases a croaky falsetto. As a pair, Kiddominant and Cassper find a middle ground, with the former playing into Cassper’s well-known Kwaito obsession, and the latter softening his approach to fit into the mellow, summer-ready intentions of “eWallet”.

ICYMI: A LIST OF SONGWRITERS ENLISTED FOR DAVIDO’S SOPHOMORE ALBUM, ‘A GOOD TIME’

Next Article Rap Song of the Week: Phyno manifests his greatness with “Speak Life (On God)”