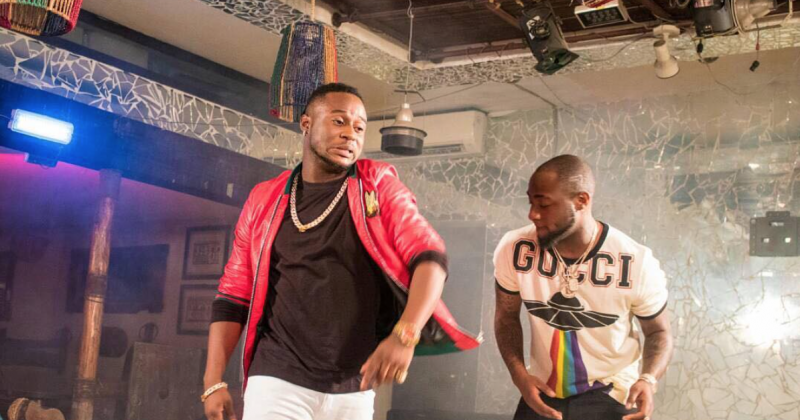 It’s no news that some of the perks of being a rich and famous male celebrity are having children with girlfriends or women from one night stands. One would think the artist in turn will continue to feel a pang of shame for their actions, but each of them have sought to embrace it. We witnessed Davido go for his second Baby Mama’s Baby Shower earlier in the year, Runtown did same with his fashion model girlfriend and more recently, Harrysong birthed twins, putting a stolen image on Instagram that later came to haunt him. What one wouldn’t expect, however is that the baby mama phenomenon become punchlines in artists’ lyrics. But on Ichaba’s new release, “Baby Mama” manlike, Davido elegantly boasts of two baby mamas. “I’m a rich-y small boy with two baby mama”. He seems to be cheeky and ballsy, but perhaps those words he utters aren’t his words, but those of onlookers who would do anything to wag their tongues. This however, doesn’t trump the trueness of it. Granted, braggadocio has always been inherent in hip-hop and rap but “Baby Mama” plays like both fun and frivolity.

As y'all has been anticipating the most wanted video, baby mama.. it's out now.. pls click on the link and enjoy https://www.youtube.com/watch?v=ujszgOVM0Lg

“E ba mi pe Sandra, mo fe na wo na wo, Baby Mama, mo fe na wo na wo, to my real niggas, mo fe na wo na wo” is the catchy chorus uttered by Ichaba on “Baby Mama”. The expressions on the track are heavily grounded on electronic drums and guitars worked by RunTinz who produces with the systematic arrangement particular to Afrobeats. Both Ichaba and Davido shimmer with happiness on the track. Although the song may be annoying to pin ears on, there’s no dubiety the rhythm will make you move some body parts.

Director Q directs the accompanying music video for the song, whose audio debuted a week ago (July 31st). He frames each shot with disco lights, instrumentalists and girls grooving with Davido and Ichaba in a social house, you know, the usual.

Alongside Ichaba, the video beams with cameo appearances from other DMW signees like Dremo and Mayorkun. Meanwhile the label’s master head, Davido shines on with his featured verses. Spot them all while you take a moment to watch “Ichaba” below.

0000
Previous Article Olamide gets back his street flair on new single, “Wo”