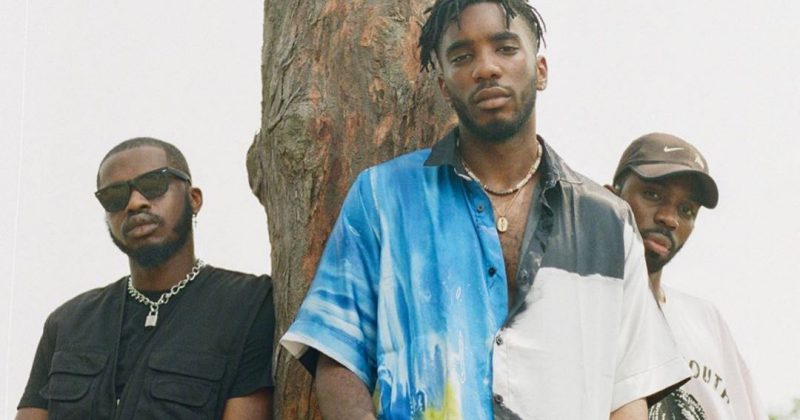 All year, we’ve been anticipating the release of DRB’s debut album, ‘Pioneers’, and now it’s finally here. In the run-up, the group released four singles, “Based On”, “Necessary” ft Odunsi The Engine, “Shomo” ft Olamide and “Softly” to prepare us for the eclectic range of sounds to expect from the album, before they revealed the robust guestlist including WANI, Lady Donli,  Santi, Maison2500 and many others.

Now, the album has been released and it’s everything we expected it to be and more. Prior to the release, when spoke to the group about how the album came together, we noted that the Nigerian music scape is more diverse than it’s ever been and the eclectic range of sounds in one project is the perfect indication of this.

Speaking to The NATIVE about the album, DRB said:

We really just wanted to show how strong we are as a collective. You can see we’re not all on every single song, we wanted to play to everyone’s strengths and show off our individual abilities as artists. In terms of features, nothing was forced. We collaborated with our friends and people who have been rocking with us from time even the producers.

With standout tracks such as the Teezee, Santi & Maison2500 helmed “Salty” to the cool and mellow Lady Donli-assisted “Ma Pariwo”, they achieved what they were aiming for, and the solid, genre-bending project is definitely a love letter to the alté scene. The vast production work helmed by GMK, Pheelz, Higo, Adey, Genio and more ensures that each featured artist is right at home – most notably WANI on the romantic “I Swear” and Tems on the reflective “Trouble”.

We spoke to The Boys again about which songs from the album are their own favourites, and here’s what they had to say:

Fresh L – “Kasala” is honestly my favourite song, because it’s very mellow and it knocks like heavy. The fusion of everyone’s flow and verses comes together really nicely. I also really like “Necessary” it’s an exciting song.

BOJ – “Trouble” is just a hit song, and Tems absolutely killed it and over gingered. Her flow and texture is crazy and Teez & Fresh really killed it.

Teezee – “Ma Pariwo”, because of how the song came about. We were recording for a long time and Boj got this GMK beat, we all just went crazy, and that same day I got Lady Donli in the studio and it just came together perfectly.

You can check the album out for yourself here:

TeeZee is one of the co-founders at The NATIVE

NATIVE EXCLUSIVE: We spoke to DRB about their recently released album, ‘Pioneers’

0000
Previous Article Rap Song of the Week: Vader The Wildcard’s “You Garru Be Kidding Me” is an infectious pop-rap banger

Next Article Afrobeat legend, Tony Allen passes away at 79