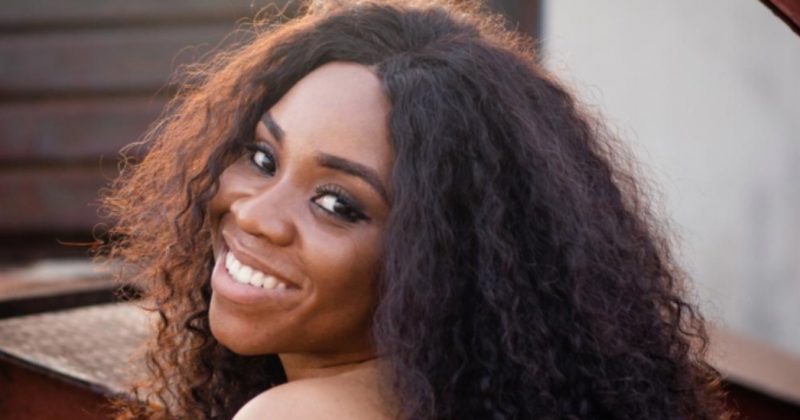 Since we’ve all been social distancing and doing our bit to fight the ongoing pandemic, artists have taken to using the power of social media to connect directly to fans and keep them entertained with new music releases and engaging video content. You may have seen the viral video of twenty-year old GodsFavour Chidozie (more commonly known under the moniker Fave) singing the lyrics to her yet-to-be released single, as it roamed the Twitter streets over the weekend.

After tapping into the free beats made available to young artists by Lagos-based artist and producer, Jinmi Abduls, the result was an upbeat tune, on which Fave addresses a love interest, questioning whether their love will remain if the circumstances were different. She runs through a list of conditions, testing his love and determined to find out if he’s really the one for her.

Okay my twitter people said they want it here too so

Fave has been actively making music for just over a year when she began scouring the internet for free beats that she could make use of for herself. This soon transpired to a full blown musical journey about nine months ago, when she released her first single “M.O.M.M.S” which she explains means ‘me or mask my sins’.

Over the track’s piano led beat, she offers a deep song about broken people who are unable to accept love, because they are blind to the intention of others. ‘We’re waiting for love in the backyard/looking for what’s not lost’ she sings over a pop-tinged production, presenting listeners with two sides of the same coin – those who love others despite their flaws, and those who are broken and won’t accept love.

At the start of the year, Fave released her sophomore single “Dal” a reggae-inspired track on which she sings about love and loss. ‘Everytime I say I wanna switch gears/my stupid heart will press decline’ she muses, singing about all the red flags she ignored because of her love for someone else. It’s always refreshing to come across artists who know outwardly present everything you are feeling on the inside, but can’t articulate yourself.

Fave is already catching the attention of some of the industry’s biggest heavyweights, owing to her freestyles. Mr Eazi’s emPawa Africa programme was seen contacting the talented singer/songwriter and requesting she send in her music. ‘To be honest, I wasn’t happy, excited or surprised. It just felt good to know that they finally recognised me after all I did to get their attention” she told me via dms.

As she’s gearing up to release her third single, which we’re waiting with baited breath for, familiarise yourself with her latest single, “Dal” below.

For the Girls Special: How women’s place in music has changed over the last decade

0100
Previous Article Epic beat battle: After Shizzi VS Sarz, here are 5 other producers battles we want to see