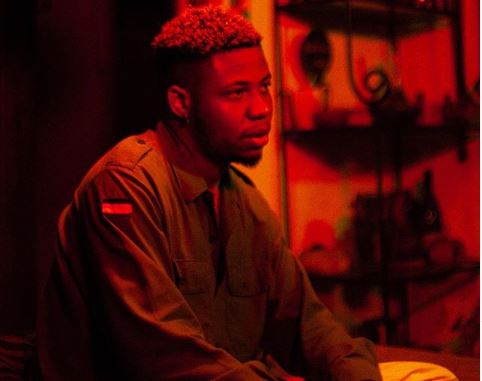 Although Trap music’s ongoing dominance has made it a global phenomenon, it is yet to become a solitary force in the Nigerian music mainstream. This automatically suggests that emerging purveyors of the hip-hop subgenre in Nigeria have to be pliable, finding the appropriate blend between popular sounds dominating the local airwaves and their western influences, so as to improve on their crossover potentials.

On his debut EP, ‘Eternal Flex’, Port Harcourt based artist/producer Veen effectively bounces between Afropop’s colourful warmth and Trap’s kinetic minimalism. It is a combination that has been coming into focus in the past year, in the mould of artists like Psycho YP and Rema. Joining that exciting list, Veen leans into the unique tropes of both genres on a song-by-song basis, with the short project ultimately listening as an impressive display of Veen’s continued growth into a diverse and well-rounded artist.

Veering between lanes, Veen keeps the project consistent by being at its centre. In addition to his primary vocal role, Veen handles production duties in its entirety, exhibiting heterogeneity while keeping a steady pulse. On opener “Lai Lai Lai”, Veen aptly matches his romantic sentiments with a knotty ‘2000s R&B guitar riff and an easy rocking 808 drum pattern, while on the self-assured title track, ominous electric guitar riff samples, greasy hi-hats and swinging bass enhances the urgency of his raps.

While he brandishes his ability to move across an engaging range of subject matter, it is underlined by his pliable delivery—between sincere singing and hard-nosed rapping—and penchant for succinct writing. Assisted by Psycho YP, who sings the catchy hook, Veen raps two quick, poignant 8-bar verses on “Race”, wasting no lines while reiterating his unrelenting ambition. “Got a lot of dreams, I could never fall back”, he fierily spits over the groovy trap beat. Elsewhere, on “Wayo”, he demands to know the definite status of a relationship from a flailing love interest, singing his vulnerable yet vindictive lyrics in repetitive mode to express resolve.

Following track, “IDK” returns to stern posturing, with conceited guest verses from Txby and Blaqbonez. However, the EP closes on reflective terms with the Kiienka-assisted “Demons”, with Veen droning his self-effacing lyrics over a rock-inflected trap beat, featuring sputtering guitars that add a Travis Scott-esque psychedelic filter. While a noticeable level of vulnerability and self-awareness is present throughout ‘Eternal Flex’, it peaks on “Demons”, making it the EP’s emotional centrepiece.