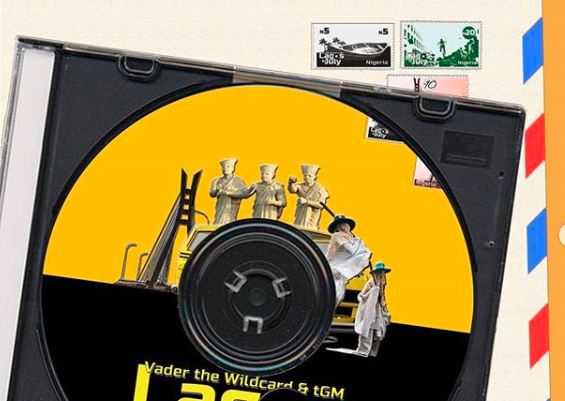 Essentials: Vader the Wildcard and TGM’s ‘Lagos in July’ EP

‘Lagos in July’ might seem a clique title for an EP with the number of music pieces dedicated to the entertainment capital of Nigeria. But following the inspirational tale of friendship between two talented artists working to put their city on the map, historic accuracy takes precedence over artistic pride.

Vader the Wildcard hasn’t looked back since getting his first taste of the limelight in 2017, sharing the good looks from winning the Hennesy Rap Battle Cypher with the rest of his set, WTS. The online community has since grown from being a small WhatsApp group created in Ibadan to be renowned for being ‘the biggest online community in Nigeria’, helping promote other artists like SDC and many more. While Dolapo Amusat is more popularly known for his role as the founder and perhaps data analyst of WTS, he shows off his rap prowess on ‘Lagos in July’, a 4-track EP where he joins forces with Vader the Wildcard to toast to their ambition and the come up.

‘Lagos in July’ opens with “Jide’s Posters”, a triumphant song that introduces Vader the Wildcard’s comical alter-ego and TGM’s belligerent rap bars as they combine to make their case for being one of this generation’s most compelling voices over bubbling basslines AudioMonkey produces. Traces of funk drip on the next track, “Under Bridge” with the lightweight harmonies OLSBeat produces to contrast the harsh hassle experiences both artists share of their stay in Lagos. “Lekki Water” is more mellow, this time rapping over a piano-led beat to celebrate the hustler ambition they share in common with others who have moved to Lagos in search of a better life of financial freedom. The EP closes with an attempt to give social commentary on the millennial culture, playing on the “Yaba Left” title as they question the sanity of current social behaviours; “People just dey catch cruise/ Everyone entitled/ Niggas in their feels/ Emotions on switch mode/ People on a stream roll/ Man can’t deal”. The thematically apt beat OLSBeat produces with a sinister piano harmony layered over catchy drum riffs gives the song all the markings of a hit, but it’s the personality and character the rappers’ infuse into their bars that makes it such an outstanding track from the tape.

You can stream Vader the Wildcard and TGM’s ‘Lagos in July’ EP below.

ICYMI: Vader the Wildcard’s “Not Famos”is a thrilling glimpse into the mind of the Hennessy VS Class 2017 winner

Next Article Olamide reminds us why he’s on every DJ’s set with his latest single, “Pawon”