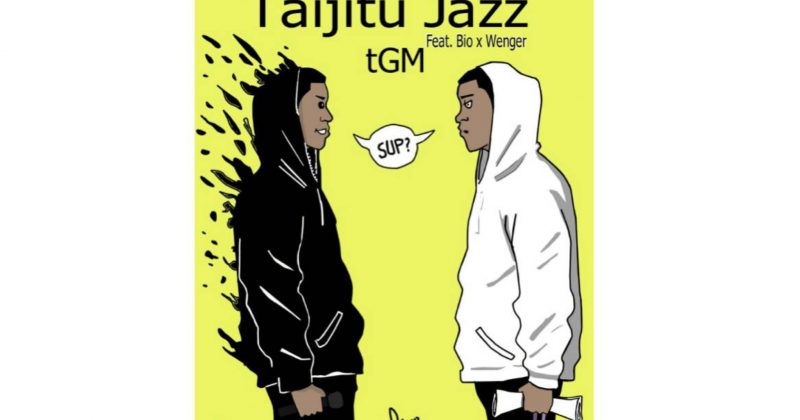 Listen to “Taijitsu Jazz” by tGM featuring Bio and Wenger

While Hip-hop fans can’t quite decide if they should call for a code blue or an autopsy, many agree that Hip-hop’s messiah is going to come from the underground. This essentially cuts out Kendrick and any other rapper signed to a major label—yes that includes Jay Roc. This logic has carried Chance The Rapper so far but he is also losing his underdog status with every industry accolade he acquires. In Nigeria, Ibadan isn’t the hotbed for Hip-hop but WeTalkSound is set to change that through their frequent releases on Soundcloud. The pop culture collective has been building a dedicated fan base by putting out singles showing the talented MCs in the community and if underground hip-hop is your forte, then you need to listen to their latest release, “Taijitsu Jazz” by tGM, Bio and Wenger.

“Taijitsu Jazz” starts with Bio’s singing over a somber piano led instrumental. The hunger for accomplishment in his lyrics are amplified by the grim in his voice and the horns in the beat that sound more emotional than harmonic. It accurately paints a picture of the point tGM is trying to make before he even says anything at all. tGM raps with a laid back flow though his lyrics are anything but; “I’ve been choking on the gases that the country got me breathing/ I’ve been sinning”. The haunting beats mixed by Gravity Bars switches to a more lively boom bap half way into the single but the jazzy piano and trumpet cuts mixed by Sorple ensures the somber ambience isn’t lost. tGM spits with a more assertive flow that allows deliver god level brags likes every rapper ever. Wenger’s outro to “Taijitsu Jazz” is even more of an downer saying, “When the reaper wants to take me/ I hope he doesn’t procrastinate”.

Ibadan’s hip-hop scene still has a lot to catch on forcing WeTalkSound releases to exist in a sort of cocoon. Unaffected by the mainstream’s saturation with showy  rappers, their music leans heavily on depth of lyricism and the conveyance of emotion.

Listen to “Taijitsu Jazz” below, if only to prove that talents don’t have to cross boarders to be successful.