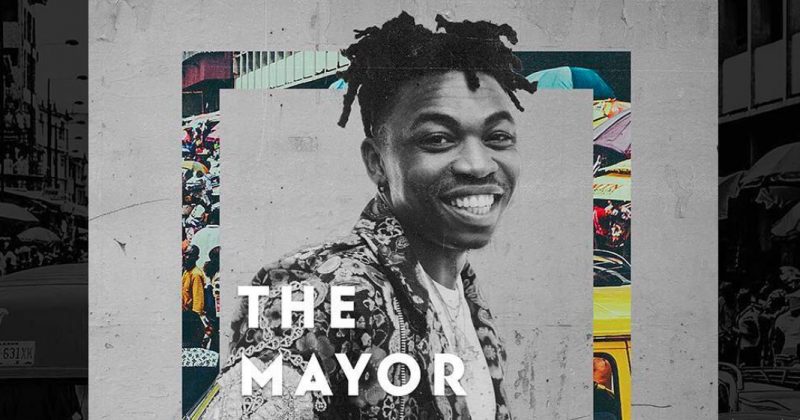 It didn’t take long for Mayorkun to make his mark in the industry, winning the Headies ‘Rookie of the year’ award off the strength of his first releases, “Eleko” and “Love Your Tire”. He went on to build a reputable discography, punctuated with solo hits and notable guest verses at DMW where he oozes the charm and swagger of a leader for a  stronghold of the group’s following. His prolific run of hits made his ‘The Mayor of Lagos’ album debut one of the most anticipated albums to come out of Nigeria when he shared the project’s tracklist earlier this month with promised guest appearances from D’banj, Sarkodie, Patoranking, his mom and a new collaboration with the DMW squad.

The 14-track album opens with “Intro (Feelings)” where he tells the inspiring tale of his grind to get to the top over a bouncy beat Speroach Beatz produces with percussion harmonies that highlight the severity of his message. The track also features a recording of a phone conversation between Mayorkun and his mom which instinctively ends in a prayer for the pop star. Mayorkun picks up the pace on the next track, “Sope”, jumping right into the partying spirit as he celebrates his life and encourages listeners to join him over the catchy beat Cracker Mallo produces. And with the familiar interpolation of Jason Derulo’s “Swalla” and his own rendition the meal-time nursery rhyme Wande Coal explored on his similar titled “Se Ope”, “Sope” has all the markers of another hit from the DMW singer.

Even when things slow down to a crawl on sultry tracks like “Aya Mi”, the rock-steady groove of the highlife influenced guitar riff and rattling samples of the DJ Coublon produced beat casts a charming spell while Mayorkun attempts to charm a love interest with witty lyrics; “Now I’ve Decided Designer Lo Ma Ma Wo/ I’ve Got A Small Doctor Wey go Treat Their Fuck Up”. He stays in his light-hearted mood through most of the project and on D’banj assisted “Oshepete”, the two singers deliver verses where they seem to be passing court-room judgment but written with the seriousness of bear parlour conversation. A number of other collaborations also standout like the Reggae melodies Patoranking infuses on “Mofo” and the rap verse from Sarkodie on “Jonze Me”.

Including pre-released singles, “Bobo”, “Che Che”, “Mama”, “Posh” and “Fantasy” on the project helps keep the album cohesive and familiar. But it’s the DMW team up of Peruzzi, Dremo and Yonda on “Red Handed” that really stands apart from the rest with the good-natured vibe of the chemistry they always seem to share matching the infectious melody of the Reggae inspired beat Fresh VDM produces. ‘The Mayor of Lagos’ paints Mayorkun’s strife through life as a lovable and attractive young man with a poetic pen and an ear for catchy melody that’s sure to win the hearts of those who may somehow have not heard about him before his album debut.

You can stream ‘The Mayor of Lagos’ by Mayorkun below.

ICYMI: Watch Mayorkun and Davido revive R&B singer in the rain themed music video in their video for “Bobo”