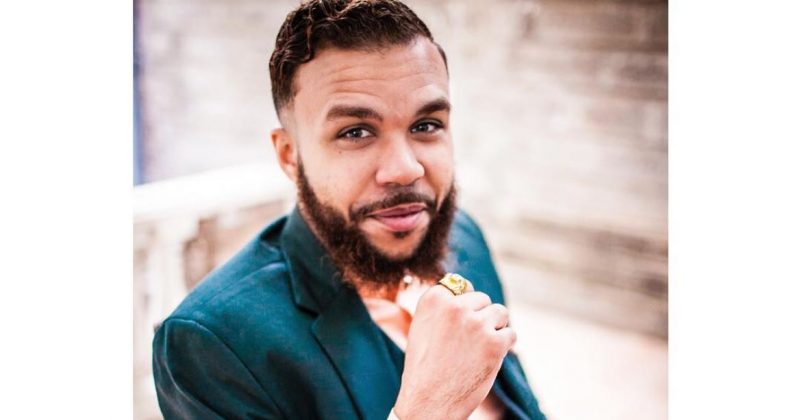 Part of what made Jidenna’s last album, The Chief so grand in scale—despite dealing with themes like heartbreak and police brutality—was its many arresting samples designed for warm weather events. Production from various producers; DJ Mustard, Nana Kwabena, Nate Wonder and more let him feature on more than a few Spotify playlists but at the expense of a distinguished sound for his debut. His new EP, Boomerang is exactly how you’ve always envisioned Jidennaa—having a suit for every occasion—as he tries out different variations of pop hip-hop over the 6 track EP featuring Tiwa Savage, Wale, Maleek Berry, Quavo, Burna Boy, Sarkodie and Cromwell.

After nearly a minute of listening to a someone rant about being ignored, Jidenna finally opens, “Decibels” saying; “With A Snapback And A Suit On Like It’s Draft Day”. Rapping over a mid-tempo base heavy hip-hop instrumental, we hear Jidenna show off his increasingly refined tastes after the success of his already sophisticated “Classic Man” debut.

The title track, “Boomerang” which Diplo produces expands on the experimentation of “Particula” off Major Lazer’s Know No Better EP. With the absence of the other guest features, Jidenna takes centre stage and performs a love song but it’s Diplo’s classic EDM beat with piano samples and 808 drum riffs that stand out. “Spy Candy” continues his romantic story arc focusing on the paranoia that often comes with the relationship. Tiwa Savage features to add a bit of perspective as they sing over a synth-driven beat with an unmistakably similar synth harmony with Nana Kwabena produced “Classic Man”.

Of the 6 tracks on Boomerang, 2 are remixes of tracks from The Chief. “Bambi Too” features Maleek Berry, Quavo and Sarkodie who highlight the allure of the mellow beat Jidenna and Nate Wonder produced. Jidenna’s pidgin English lines on “Little Bit More” weren’t convincing enough to achieve the Afropop eccentric that Jidenna seems to be aiming for but with Burna Boy’s feature on the remix sampling of Fela’s “Arararara/ Ororororo”, the singer is ushered into Afropop territories, no questions asked.

The closing track, “Out Of Body” confirms that Jidenna is aware of his brand’s major criticism through yet another rant session; “With Your Little Black James Bond Shit/ You’re Just Doing That Shit For The Likes”. He continues to ignore the bashing as he hops on a new wave. “Out Of Body” finds Jidenna in Trap music’s spacious synth soundscape where he on “Scrr” away from a Travis Scott impersonation.

Over the 24-minute playtime of Boomerang, Jidenna pop sensibilities stand out as raps over the pleasant sounding beats. You can stream the EP below.

Revisit: Jidenna, One African Fest and how we are getting this African time thing all wrong

Next Article Listen to Koker’s gospel mash-up on “Testimony”