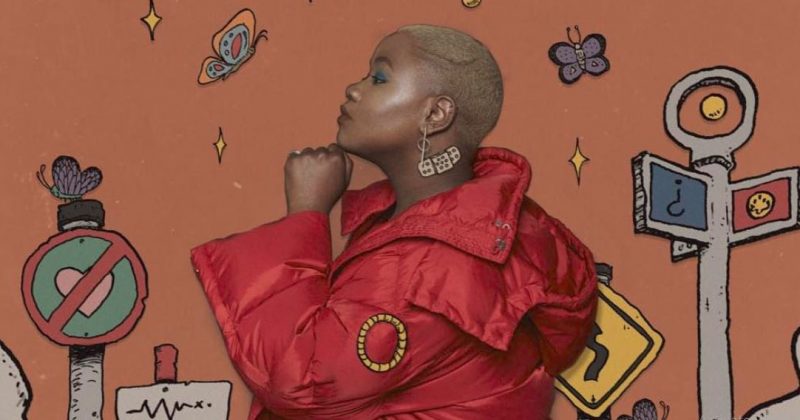 Off just a handful of single releases, Hamzaa grew a reputable prominence in the UK to impact the Nigerian music scene. She first featured on Odunsi’s “Mine”, then later played a more significant role as a featured artist on his ‘rare’ album debut. Hamzaa’s debut single, “Stranded Love”, made its way into NATIVE’s list for “Best Songs of the Year So Far” for its zen pop portrait of the artist’s melancholy. This same sense of misery in romance is what fuels her debut project, ‘First Signs of Me’.

‘First Signs of Me’ is a 6-track EP that highlights music’s ability to help us feel better. The opening track, “Red” is a soulful scene-setter that introduces the project’s themes of grief, suicide, and self-empowerment to the rousing rhythm of the piano led instrumentals. The next track, “Breathing”, one of the 3 pre-released singles from the tape shows off Hamzaa’s autobiographical songwriting style as she performs a confessional set that feels more like an intimate conversation heard from a neighbouring apartment, with all the missing pieces and context left to the imagination. Though the percussion and subdued drum riff of the beat crawls along at a sombre pace, Hamzaa seems most triumphant on the 2nd track, closing the song with an uplifting gospel inspired acapella performance.

Even with the subtle narrative of romance running through the EP, “Nothing Can Be Done” stands out for her captivating vocal performance over the R&B inspired beat. Here, Hamzaa’s penchant for honest confessionals tugs at tear ducts as she laments the hopeless state of her relationship with a lover. And while her lyrics on “Saving Grace” come off as though she’s settling for music to distract from the pain of failed romance, her melodious performance over the cinematic chord of the instrumental is rewarding if you, too, are feeling at the end of your rope.

‘First Signs of Me’ however ends on a pleasant note, through the previously released “You”. The guitar led slow burner finds Hamzaa defending her love as though her initially moody depiction of romance was to remind us that sadness is just another part of life. Her vague and ambiguous lyrics however affords her the freedom for her lover to be a cat or her guitar. But through all the delusions though, the EP presents Hamzaa as glassy eyed, looking in the mirror for her own reassurance.

You stream Hamzaa’s ‘First Signs of Me’ below.

ICYMI: Check out all the essentials from Odunsi’s ‘rare’ album debut