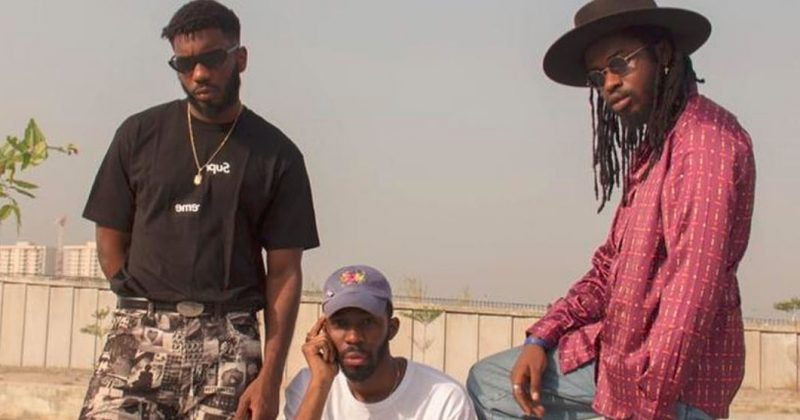 No matter how hard we try to stay in tune with the culture, there’s bound to be gems that remain obscure, especially from the days before technology improved and gifted us the all-seeing eyes of the internet. Fortunately, it’s never too late to start cataloguing memorable records and the DRB trio of Teezee, BOJ and Fresh L have taken the initiative, releasing their ‘DRB 10’ album with all your favourite hits from the group and some never before heard songs. The newly released compilation project asides offering a great nostalgia trip, proves the group to be the forward-thinking acts they presented themselves as when they were formed a decade ago.

The DRB has been credited as one of the core pioneers of the DIY music scene in Nigeria that has gradually slipped into mainstream consciousness over the last few months. The 10-track album serves as the defining document of the group’s sonic experiment from the late 2000s and a palette to measure what sounds that have remains relevant, unflappably cool or outdated.

Opening with “Amebo”, ‘DRB 10’ isn’t an attempt to rewrite the history of the group with the song’s noisy and pacy rhythm being instantly recognizable for the Afropop sound of the 2000s and the ‘Amebo’ buzzword from that era in Nigerian pop culture. The next track, “Bring Out The Rose” highlights DRB’s penchant for fusing EDM harmonies with their hip-hop influences for club driven songs. It’s a sound heard on other tracks like Shank assisted “Selecta” and has remained popular through the years with Wizkid’s “Daddy Yo” having similar sonic direction.

On the group’s “3Kingz”, 808 drum machines and synth lines established their weird take on pop music, while their brags about fusing rap and melody, indicate that they did it before it was cool. Though it’s not quite the mumble rap or even trap beat that we hear today, their triumphant performance is just as infectious. Bez assisted “Cut Corners” continues the group’s seamless merger of sonic influences and the result is a breezy and refined jam that evokes memories of awkward romantic encounters that now serve as the bases for some of our social anxiety.

“Mrs Officer” is one of the standout tracks from ‘DRB 10’, a sort of diamond-in-the-rough discovery. Over the menacing beat, built on an unabating bassline and ear-popping synths, the trio hint at their BDSM kink while trying to win the affection of an officer of the law with their brags. They save their endearing hit song, “Toyin” for last though, highlighting the captivating power of the group’s bromance as they sing of their romantic escaped while emphasizing the warm rasp at the back of their throats. The album is a true collector’s item, blurring the lines between nostalgic escapism and dance floor appeal. With their ‘DRB 10’ reissue, soon enough, we could be talking about how DRB made classic project reissues a staple for the holiday season.

ICYMI: The ‘DRB 10’ anniversary concert is good to go