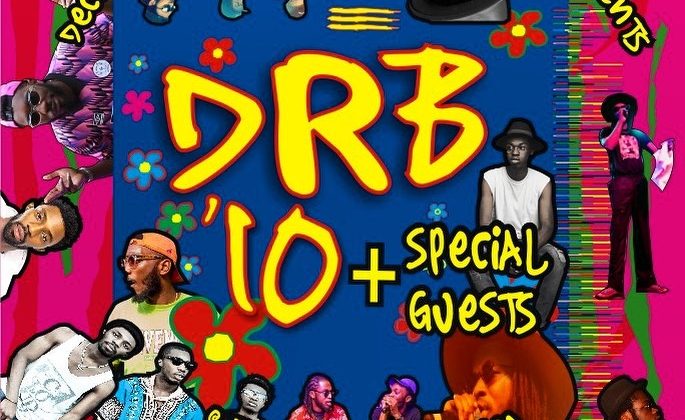 While some believe that your December isn’t quite detty enough if you remember every night, the DRB are sticking to their guns and promising that the DRB’10 rave won’t be a night we’d forget in a hurry. The music collective we remember from the serene years—when only the alte knew of the alte scene—are having their 10-year anniversary concert on the 22nd of December and they want you to come be a part of it.

The concert is a follow up to the recent release of their ‘DRB 10′ album reissue, a collection of all the group’s hit songs and some unreleased records. Their role as pioneers of the alternative music scene which is now booming in Nigeria hasn’t gone without recognition from international acts like Skepta and Davido who have worked with the group in the past. The group has also hosted acts like Davido, Olamide, Simi, Naeto C, Seyi Shay, Falz, Ice Prince, Runtown and Dammy Krane in the past. With the DRB’10 being being their 5th showcase, this time, they are bringing the sound of the future with Odunsi, Prettyboy D-O, SDC, Ajebutter, YCEE, Wavy the Creator and Kida Kudz expected to grace the concert’s Harbour Point venue in Victoria Island.

You can get your tickets at Harbour point V.I or the the DRB website here.’

ICYMI: See Teezee, Boj and Skepta in their music video for “Like 2 Party”