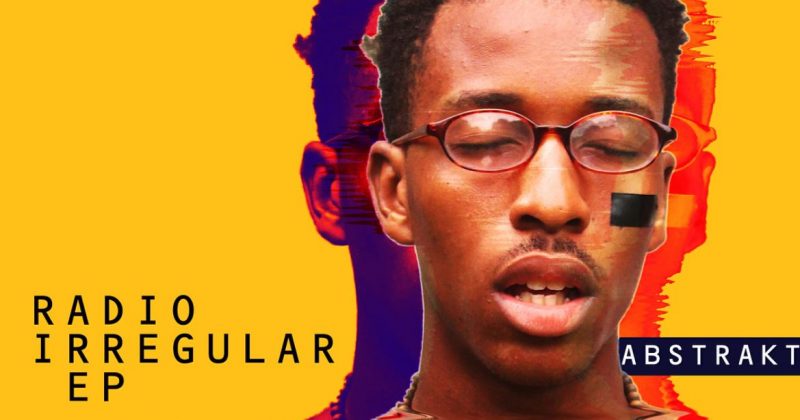 Competition accelerates innovation, especially with hip-hop where clashing egos occasionally spark flares of beef. The ‘game’, as rappers like to call it is ingrained in this motif; to be the next chart topper, outbest the most acclaimed lyricists, or tip into the hall of fame for sound progression. Funnily we can’t all be Kendrick Lamar, or Kanye West and in search of this ‘iconic’ factor to immortalise their legacy, rappers often combine a range of elements, sometimes even veering into the obscure and complex. Perhaps this is why self-proclaimed “King of The New School”, Abstrakt opts for simplicity instead, diving into the bottomless wellspring of dance and pop rhythms for an ironically titled Radio Irregular debut EP. The resulting 7-track offering gives us a multilayered hip-hop tape that despite the EP’s title, will fit right into any radio playlist—Afropop, Afrobeat, House, Trap, Rap.

big outs to everyone that contributed to this project mehn. i appreciate. @sir_ade for the photography; @kingabstrakt for all the graphic designs, @zaddy.elma and @rozaythavillain i see you guys; @tochibedford, @donnyacewired, and @tymg_ for the mad ass beats production; @holydxpe, @tochibedford, @jessealordiah, and @spyritmyx for the flawless sound engineering; @original_africans for the promotion; Big Birds Brand for the hype and shit; @lvrd_michael, @lifeofjemimah, @footlockdown, @djsonic77, etc for your contributions one way or the other; @aoworld for your criticism; @iam_ycee for being the mentor to these festac boys all tryna make it outta the hood like you did; @judeengees for highkey motivating me in this "music business", i hope this is a success. God bless all of you. and for those i didn't mention, please don't think i forgot you, i love y'all too. God bless. #AbstraktToTheWorld, #RadioIrregularEP. KEEP SUPPORTING ABSTRAKT. Blessings 🙏🏼🔥

The opening track, “Fela Rap” featuring Otex establishes the hip-hop outlook of the tape and allows Abstrakt explore his braggadocious rapping to battle rap heights. Despite their aggressive insults and subliminals to competition over the hard-hitting base drums and electric guitar riffs that Tochi Bedford produces, they manage to avoid friendly fire.

“Angelica”, the second track finds Abstrakt abruptly switching to the groovy AfroHouse genre for a club driven number. Donny Ace produces the uptempo track with expanding and looped synth backdrops that play over the mixture of South African House music drums and horns to get dancefloors rocking even before Abstrakt’s “Start To Jinga/ Fire The Speaker/ Now Dance/ I Never Dance/” encourages listeners.

With features from Tochi Bedford and Hvas x, Abstrakt’s Radio Irregular EP turns towards Trap’s spacious synths and heavy bassdrums. Their energetic and showy vocals are playful but rather than undermine their brags, it only emphasizes their confidence. “Lagos Girls” also adds to Abstrakt’s Trap discography.

“Givvam”, a pre-released single from last year already hinted at Abstrakt’s tendency to follow the Afropop route that helped turn YCee into the superstar Jagaban that he is today. But the mid-tempo “She Wanna Dance/ U-I-WANT” embraces Afropop’s lightweight vibe more holistically.  “She Wanna Dance” has a Falz type comical narrative on pretentious good looking girls over Afropop’s piano-led harmonies before branching out to neo-R&B territories thanks to TYGM’s production.

However, final track, “2 Am Picaresque” produced by Tochi Bedford places Abstrakt back firmly within hip-hop regions with samples from Kendrick’s Good Kid M.A.A.D City. The “Sing About Me” sample allows him to focus on rapping as he delivers introspective storytelling and rhythmic bars that detail his hunger. The warm, sample-heavy production backs up his self-conscious lyrics as he tries to appeal to both mainstream and underground audiences.

Next Article If you wanted an edit button or a harassment-free Twitter, this new update is your undeserved shove it